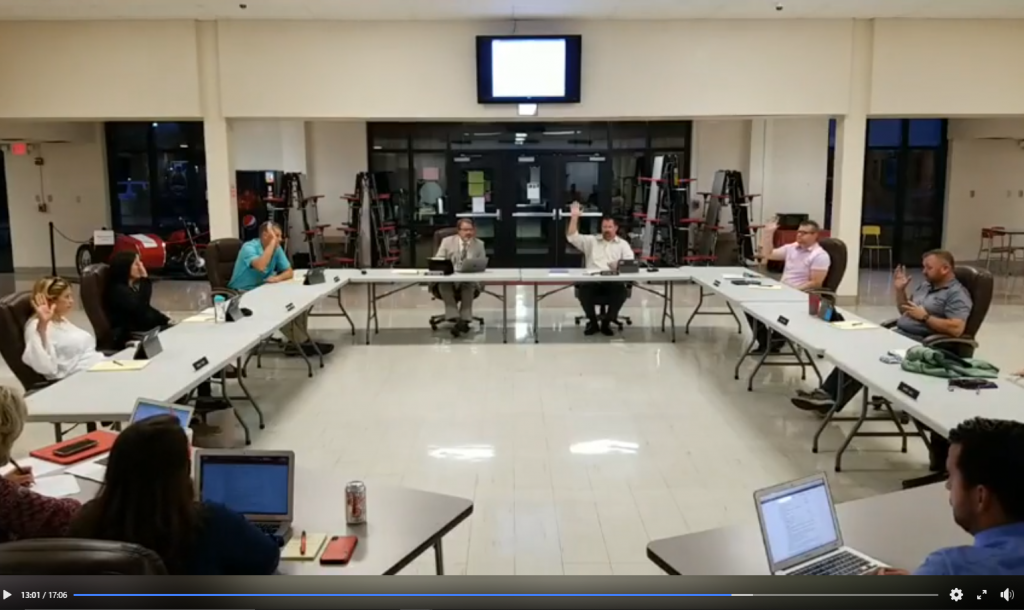 Knox County, Missouri – Tuesday, September 15, 2020 – The Knox County R-1 School Board voted unanimously to move to an eight-man football program in the fall of 2021 at the Tuesday night regular meeting held in the Knox County High School Cafeteria.

The Board voted to approve the recommendation of the KCR-1 Athletics Director Keith Gudehus to make the shift.  Head Football Coach Bruce Vannoy also supported the change.

Athletic directors at other schools in the Lewis & Clark Conference were notified by Guedhus via email earlier in the day that the Board would be discussing the move. Head Football Coach Bruce Vannoy spoke to parents of middle and high school players before the Board meeting.

“Our bylaws right now require that if you want to be in Lewis & Clark you have to play eleven-man football. Are we at risk of losing our affiliation at Lewis & Clark? I would say yes – we are. That doesn’t mean we have to join and eight-man conference and play all the other sports with them. We might still play basketball, run track and do all of those other things around here and just go to conference to play our eight-man football. Part of that is to be determined,” said Athletic Director Keith Gudehus.

Gudehus walked the Board through the pros and cons of the change ahead of the vote pointing out scheduling games could be a challenge given the limited number of schools in the region playing eight-man football, and extra travel to areas that have eight-man teams.

“To me, none of the cons matter if ultimately you don’t have enough kids to fill a team. If we don’t have enough to put an eleven-man program on the field, then the fact that you have to travel farther with eight-man doesn’t matter anymore,” said Gudehus. “I think we either control this or it’s going to control us. I don’t see anything with our enrollment numbers, if you look two years from now – if every single male student in the high school played football, you’d be looking in the area of 55 or 60 kids. And, we all know that’s not what happens. We typically run about 30 percent participating.”

“I’m recommending that we transfer to eight-man football effective next fall,” Gudehus told the Board.

Several School Board members asked questions, shared their thoughts about the change, or both – ahead of making their decision. The possibility of being able to have a Junior Varsity Football Program and the possibility of playing with schools in Iowa was also discussed.

“Our numbers are up and we still have kids in positions they don’t need to be in right now,” said Head Football Coach Burce Vannoy. “I think it gives our kids the chance to be more competitive and developed and that’s the biggest thing as a coach – build and develop kids. That’s my one reason to have any support in this.”

The regular school board meeting was live-streamed on the NEMOnews Facebook page in two parts. The eight-man football discussion is at the end of the first video and the beginning of the second. 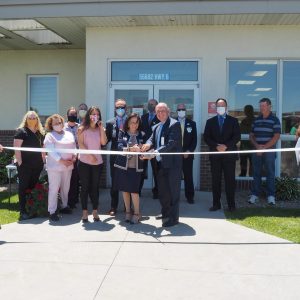