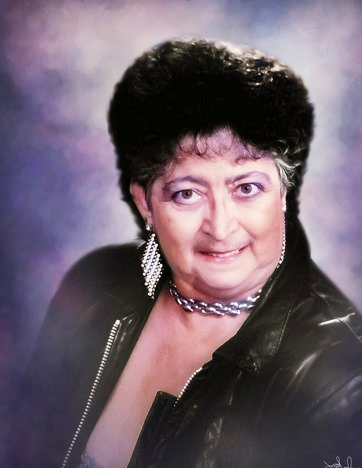 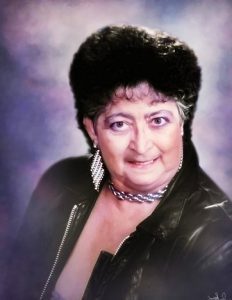 She was born on May 16, 1939 in Cyrene the daughter of the late Johnny Hubert and Ellen (Haught) Lenington.

Mae attended school at Bowling Green before moving to Keokuk, Iowa in 1958.

She later relocated to Wayland.

She was employed by Sheller-Globe for 36 years until her retirement.

Mae was a member of the 1st Baptist Church in Keokuk since 1964.

She was united in marriage to Jack Edwards.

She then married Stan LeMasters and he passed away in 1988.

Later, she had married Larry Watson and he passed away in 2002.

Ola Mae enjoyed riding Harley Davidson motorcycles with Larry and together took many trips; including a trip to Sturgis, South Dakota.

She enjoyed visiting with family and friends.

Mae is survived by her nieces, nephews, great nieces and great nephews and many friends, including her best friend Georgie Roberts.

Besides her parents and Stan & Larry, Mae was preceded in death by a sister; Lois Worthington, nephews; Jack Riley, Eugene and Richard Worthington and once niece; Rose Marie Worthington.

Funeral services honoring the life of Ola Mae will be conducted at 11:00 am on Saturday, October 17, 2020 at the Wilson & Triplett Funeral Home in Kahoka.

Interment will follow at Fairview Cemetery in rural Ashley, Missouri.

Visitation will be conducted from 4 until 7:00 pm on Friday, October 16, 2020 at the Wilson & Triplett Funeral Home in Kahoka and again on Saturday morning with family present from 9:30 am until the time of services.

Memorial contributions in memory of Ola Mae are suggested to the Alzheimer’s Association, the American Cancer Society or to the American Heart Association and will be accepted at the funeral home.

You are invited to share your memories of Ola Mae and leave a condolence at www.wilsontriplett.com.