Knox County, MO – Multiple agencies are investigating a fire and suspicious death in rural Knox County after a body was found in a burned out home north of Knox City on Monday morning, June 14, 2021.

The fire was located at the home of Ray Tripp, Jr., 51422 Economy Road in a rural area northwest of Knox City off State Highway AA.

Firefighters arrived to find the trailer house fully engulfed by flames and the property owner’s dog Spot alone at the scene. The vehicle belonging to the owner was not at the scene, which led neighborly firefighters to believe the owner was away from home at the time of the fire.

The structure was a total loss.

It was not known that a person was inside the burned out residence until the fire had been nearly extinguished, and firefighters began clearing debris to extinguish hot spots still smoldering at the scene.

The badly burned body was not identifiable at the time he was found.

Also on Tuesday, the Knox County Sheriff’s Office asked the public to assist in locating Tripp’s missing vehicle, a green 2006 Hyundai Elantra. The vehicle was found abandoned in Adair County on Thursday, June 17.

While local law enforcement are remaining tight-lipped about the find, KTVO-TV’s John Garlock uncovered and reported that the vehicle was found on Youngstown Trail a few miles south of Novinger, MO.

Also on Thursday, the Knox County Coroner Alan Rimer and Knox County Sheriff Allen Gudehus released the identity of the victim, who was the resident of the home and a Knox County native, Ray Tripp, Jr., 61.

Rimer told The Edina Sentinel the cause of Tripp’s death will not be determined until more tests are conducted by the Boone County Medical Examiner’s Office, which could take between two and four weeks.

On Saturday, June 19, two men were arrested in connection with the investigation, Wesley E. Ruggles, 39, of LaBelle, MO, and Bradley S. Wilkins, 52, of Kirksville, MO.

According to court documents, Ruggles told investigator KCSO Deputy David Fagin he was approached by Wilkins about a “big job” promising money and drugs to Ruggles for being shown and given entry to Tripp’s residence. Ruggles went to the residence and gained entry after giving Tripp a fake name, before being told to leave the property by Tripp.

Ruggles told investigators he believed Tripp attempted to take a photo of him with his cell phone. Tripp refused to turn the phone over to Ruggles before an altercation began between Tripp and Ruggles.

Ruggles allegedly told the investigator Tripp attempted to shoot Ruggles with a semi automatic 9MM handgun, which misfired, and allegedly admitted to hitting Tripp on the head with a shotgun he saw at the residence, breaking the stock, after unsuccessfully trying to spray Tripp in the face with pepper spray.

Ruggles told investigators Tripp attempted to hit Ruggles with a machete before Ruggles hit Tripp on the head with a wine bottle, rendering Tripp unconscious.

Ruggles allegedly told investigators Wilkins entered the residence to find Tripp face down under a blanket, which was placed over him by Ruggles, and Wilkins allegedly told Ruggles it looked like he already took care of the “job” before telling Ruggles to take Tripp’s vehicle and whatever he wanted from the residence.

Ruggles claimed Wilkins was alone with Tripp when Ruggles left the scene of the crime with Tripp’s vehicle.

Statements from Wilkins have not been publicly released.

Ruggles is charged with felony counts of assault, first degree; burglary, first degree; armed criminal action; tampering with a motor vehicle, and a misdemeanor charge of stealing. He is being held at the Adair County Jail with no bond authorized.

Wilkins is charged with felony counts of arson, second degree; burglary, first degree; unlawful possession of a firearm; stealing – firearm/explosive weapon/ammonium nitrate; tampering with a motor vehicle, first degree. He is being held at the Clark County Jail with no bond authorized.

Ruggles and Wilkins are scheduled to appear before Knox County Associate Circuit Judge Tom Redington on Tuesday afternoon, June 22, which is after our deadline.

Tripp, known to many in the region, was active within the recovery community. His friends and neighbors spoke in depth about how much he was looking forward to visiting his children living out-of-state for Father’s Day, and how he was able to turn his life around for the better following a 2013 DWI crash that took the life of Tripp’s mother, Dorothy.

Tripp was also an active member of the Fellowship Baptist Church in Kirksville where he played guitar for the church band.

“Our church family is saddened to hear of the passing of our brother, Ray Tripp. He was one of our guitarists in the Worship Band. We are comforted to know that we will see him again and he’s busy singing praises to the Lord! Please keep his family in prayer. He leaves behind a daughter and a son, Nikolette and Michael,” said the church in a post on their Facebook page last week.

The staff of The Edina Sentinel expresses our deepest condolences to the family and friends of Ray Tripp, Jr.

Scroll down for photos and video. 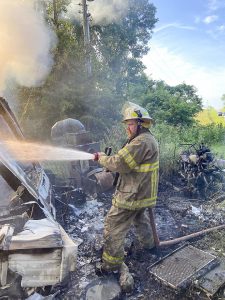 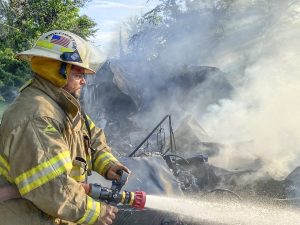 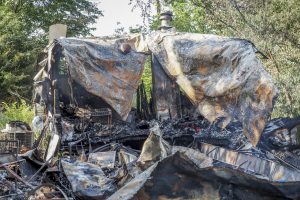 The body of Ray Tripp, Jr., was found inside the fire debris of his burned out home after firefighters extinguished most of the fire. This photo was taken Monday afternoon, June 14, 2021, after the fire departments cleared the scene. Photo by Echo Menges 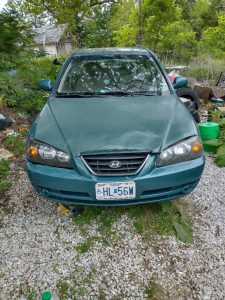 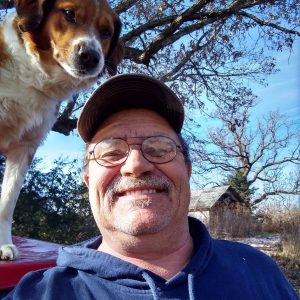 Ray Tripp, Jr., 61, of rural Knox City was found deceased in the burned out remains of his home on Monday morning, June 14, 2021. He shown here in his Facebook profile photo with his companion dog Spot. 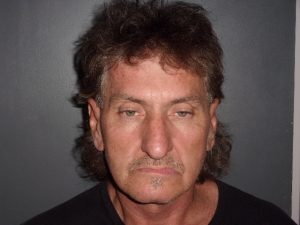 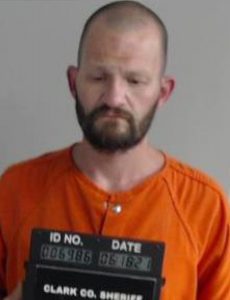 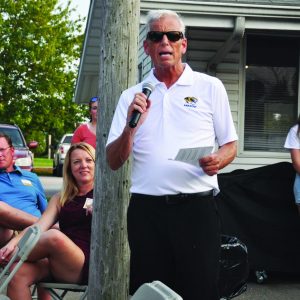