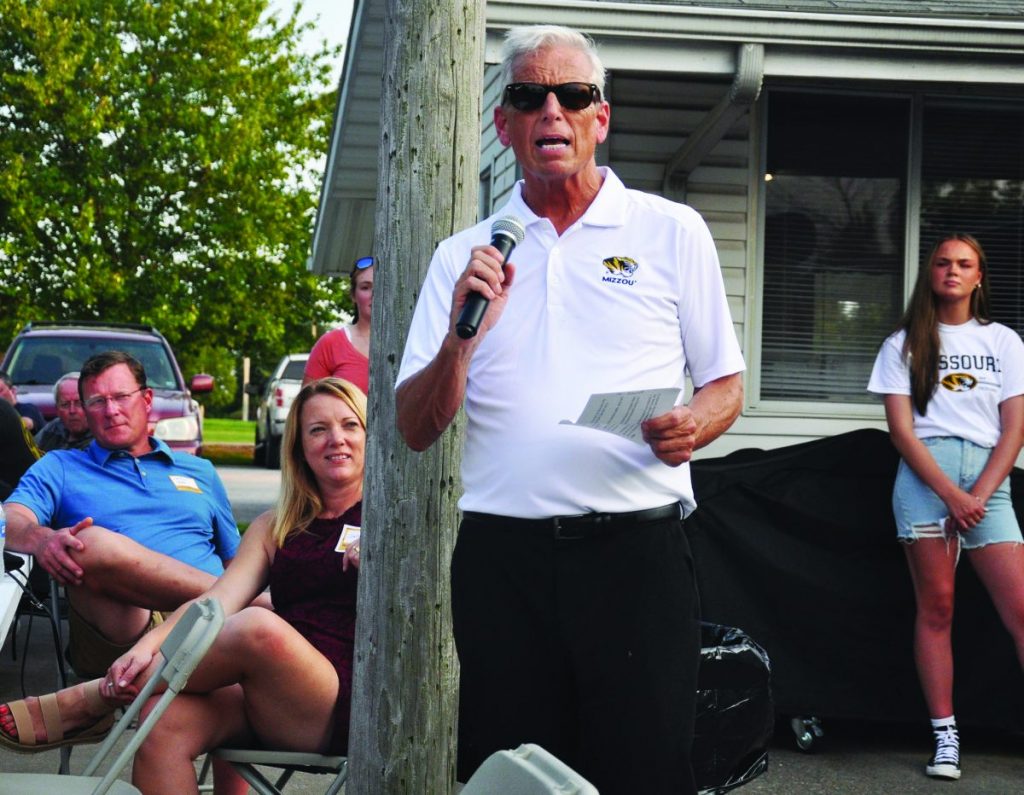 Incoming University of Missouri-Columbia students were encouraged to get involved once they get on campus during the annual Mizzou Send-Off event in Palmyra hosted Saturday by area alumni.

Bill Stackman, MU vice chancellor for Student Affairs, told students during the event at Jackson Park Golf Course they can head off problems and enhance their time at the university by getting involved and engaged outside of the classroom.

“It’s a way to get connected,” Stackman said. “What we know is connecting and a sense of belonging is a key to success.”

Stackman encouraged students, especially those coming to the Mizzou campus for the first time to find ways to get involved, noting there are not only sororities and fraternities to join but there are over 600 organizations to consider joining along with places to work at on campus.

“Our student surveys show that those students who get involved in one or more activities and get engaged, their GPA is higher than those who don’t,” Stackman said. “And, they are more likely to return for their next year and graduate.”

Stackman also urged students not to wait before seeking help for problems they may start experiencing, whether they are academic or emotional.

“Reach out for help and don’t wait until you are really struggling,” he said, noting the university has learning and counseling centers where students can receive assistance from trained staff. 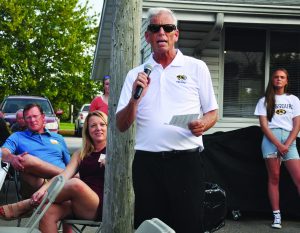 Bill Stackman, vice chancellor for student affairs at the University of Missouri-Columbia, speaks during the annual Mizzou Send-Off event Saturday in Palmyra hosted by the Great River Tigers Chapter of the MU Alumni Association.

Stackman said universities and colleges have increased efforts to addressing emotional well being and mental health issues due to meeting increasing demand.

“We’re trying to be proactive and preventative,” he said.

He said a recent survey of 55,000 university and college students  from 550 institutions showed that 85 percent of students have felt “overwhelmed by responsibilities” and that 45 percent said they had “felt hopeless” at sometime in the past 12 months.

He said those number may be shocking, but that it has a positive side for students who need to realize they are not alone in their feelings.

“It’s okay not to feel okay. Whatever you are feeling is normal,” Stackman said, noting students should take advantage of the considerable resources and support available to them on campus.

Stackman joined the university in 2019, nearly 40 years after he received his master’s degree from Mizzou.

Dr. Stackman has had a long, successful career in student affairs. He is a nationally recognized expert on mental health, legal issues and free speech in higher education. 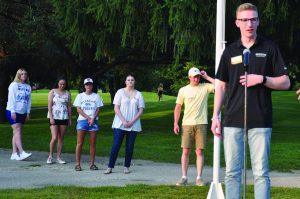 Kaden Malone, an MU student from Palmyra introduces himself to those gathered at Jackson Park Golf Course.

Stackman came to Mizzou from the University of Notre Dame, where he served as associate vice president for student services.

The annual event, hosted by the Great River Tigers Chapter of the Mizzou Alumni Association, is held every year at Jackson Park.

Students and their families as well as alumni from the area, are treated to a meal and a presentation by a MU staff member.

But the featured event is the presentation of more than 20 scholarships, including several merit scholarships of as much as $1,000 as well as 11 $500 scholarships awarded this year through a drawing of those attending.

Since the event was started, the alumni chapter has given 96 merit-based scholarships–some of them renewable, to 81 students, something Stackman said he was impressed with.

“The way you have raised in support of the students is unmatched,” Stackman said.

Todd McCubbin, secretary of the Mizzou Alumni Assossiation, told those gathered he was impressed with the turnout and the scholarship impact the local chapter was able to make.

“This is pretty special, and it tells you what the Mizzou family is all about,” McCubbin said.