The Quilt of Valor was bestowed upon Mr. Shoults in a private ceremony. Samuel Shoults was born the 7th of 12 children. Having had a family member in every war since the Battle of Bunker Hill, Mr. Shoults enlisted in the US Army March 1982. From July 1982 to July 1984, he was stationed at Augsburg, Germany. After that, he was a M1 Abrams Tank Instructor in Fort Knox, Kentucky (July 1984 to July 1986). Samuel was transferred July 1986 to Frankfort, Germany with the 3rd Armor Division Headquarters training NCO. He remained there until December 1989, when he was moved to Fort Hood with the 1st Cav Division, Tank Platoon Sergeant.

In September 1990, Mr. Shoults was deployed to Saudi Arabia with Operation Desert Shield, then in in February 1991 with Operation Desert Storm. He was discharged at Fort Hood in Jan 2002. Samuel joined the reserves based out of Fort Knox and severed as Operation Sergeant Drill Sergeant in Quincy, IL. He was issued a medical discharge from the reserves. During his service, Mr. Shoults was awarded several medals including Army Achievement Metal, the Good Conduct Medal, and the National Defense Service Metal.

Sam is known to many in Knox County as he has served his community as an educator and is well known to several generations of students as “Sam the Bus Driver”. He is also known as “Sam the Viking” as he has the Viking Village Ravensborg on the farm and receives visitors from all over the world for reenactment events. Mr. Shoults also serves as a Special Olympics coach. He and his wife, Susie, live on a farm. They are the parents to Jesse Todd Shoults and John Eric Shoults. Sam is a member of Vikings of America and is a life member of the VFW.

Quilts of Valor Foundation is a grassroots group of quilters from across the US that began 2003 with a quilter named Catherine Roberts, who had the idea of comforting veterans with quilts. Since then, over 160,000 Quilts of Valor have been awarded. The mission is to honor our service members and veterans who have been touched by war with Quilts of Valor. More information can be found about Quilts of Valor at www.qovf.org

Mr. Shoults will also be recognized as a Missouri State Society Daughters of the American Revolution’s Patriot of the Month for December. The MSSDAR proudly recognizes our active-duty military servicemen and women, living American veterans, the National Guard, and the Reserves.Through the Patriot of the Month program, initiated in 2004, Missouri Daughters may nominate their personal “heroes”– those men and women who have contributed to preserving and protecting the freedom and values of our American way of life. Patriots honored each month receive a letter and certificate of appreciation from the DAR Service for Veterans state chair and the state regent. To view the Patriot of the Month, please visit: https://mssdar.org/patriots-of-the-month/ 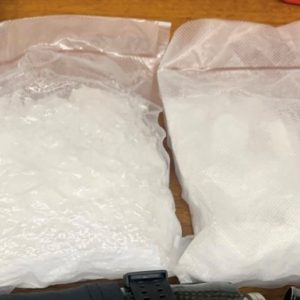