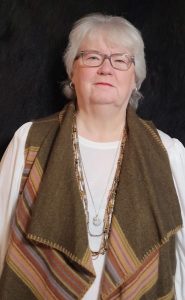 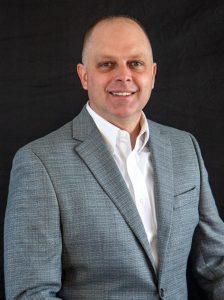 Exchange Bank Of Northeast Missouri Announces Change In Leadership Exchange Bank of Northeast Missouri announced Paula J. Fox is retiring as President and CEO. She will be succeeded by Jed M. Wilson, who most recently served as Executive Vice President of Exchange Bank of Northeast Missouri. Wilson officially took on his new duties January 12, 2022. However, to ensure a seamless transition, Fox will remain working until March 31, 2022, at which time she will retire from the day-to- day operations of the bank. Fox will retain
her position as a director Paula Fox of the Exchange Bank of Northeast Missouri. “This has been an extremely hard decision as I have served Exchange Bank of Northeast Missouri for
almost 49 years, but it is time to let my younger staff carry the torch and I have every confidence in them,” said Fox.
“Over the years we have been cross training staff Jed Wilson from the executive level down and I am leaving the bank in good hands and feel confident about the future of the bank.” Fox joined the Exchange Bank of Kahoka, as it was known in July 1973, as a loan secretary. During these years Fox began working closely with Patsy McLaughlin, learning all departments of the bank: compliance, regulatory reporting requirements, and worked as an assistant to the president. In December 1998, the bank was purchased by Lincoln County Bancorp in Troy, Missouri and the name changed to the present Exchange Bank of Northeast Missouri. In February 2007, Fox accepted the position of President. During her time as president, Exchange Bank grew from $87 million to $207 million in assets and expanded to seven locations spanning five counties. In addition to her leadership roles at the bank, Fox has been active in the community serving on the American Cancer Society Clark County Board including the committee for the Relay for Life. She has served on the Clark County Extension Council several terms and has been a sewing & project judge for 4-H during the Clark County Fair. Fox and her husband, Kevin, have been active in giving school presentations on the civil war as civil war re-enactors. She is an active member and former elder of the Alexandria Presbyterian Church and serves as the church organist and treasurer. In reflecting on her career, Fox feels very fortunate to have had people, throughout her career, who saw her potential and gave her the opportunity to grow and demonstrate her abilities. “I can remember how honored, but scared, I was when they offered the position of President to me. I have always tried to live up to the confidence and trust the Board of Directors put in me back in 2007. I tell my employees that hard work pays off and I am a prime example of what you can do if you are dedicated to your work. I have met so many people during my banking career and I value those relationships and treasure all the memories I have made both with customers and employees over the years. I consider all my employees family, and I will miss seeing and talking to them every day.” Fox plans to keep busy in retirement doing some traveling, keeping up with her husband’s fishing and hunting expeditions, boating this summer, not just on the weekends, and catching up on some projects around the house. She also plans on possibly doing some volunteer work.

About Jed M Wilson
As Executive Vice President, Jed M. Wilson oversaw operations of all 7 locations of Exchange Bank of Northeast Missouri: Kahoka, Memphis, as a director for Exchange Bank of Northeast Missouri. Wilson served in the United States Air Force prior to joining the bank in 2005 when he was hired as a loan officer at the Palmyra location. In 2006, Wilson transitioned to Kahoka as Assistant Vice President and Loan Officer before becoming Executive Vice President and Senior Lender in 2013. As President and CEO of Exchange Bank of Northeast Missouri, Wilson will be leading approximately 50 employees across seven locations, into the future of community banking. “I am honored to be a part of this next chapter of Exchange Bank,” said Wilson. “We have a very talented team of employees that are dedicated to taking care of our customers.” “I am confident Jed has
the knowledge, skills and leadership needed to guide Exchange Bank into the future and continue our success as a community bank,” said Paula Fox. Wilson, originally from rural Alexandria, Missouri, is a graduate of Clark County R-1, Hannibal LaGrange University and the Barret Graduate School of Banking. He is a member of the American Legion Post 192, VFW Post 4342, St. Francisville Masonic Lodge #588. He also sits on the Kahoka Senior Housing Board as well as the Clark County Law Enforcement Restitution Fund Board. Jed resides in Kahoka, MO with his two children: Kinley and Kade.

About Exchange Bank of Northeast Missouri

Exchange Bank of Northeast Missouri is an independent, community bank serving the Missouri communities of Kahoka, Palmyra, Lancaster, Queen City, Shelbyville, Memphis and Wayland as well as all the surrounding areas. For over 100 years, Exchange Bank of Northeast Missouri has continued to provide full-service banking solutions while maintaining the highest level of customer service. For more information, or to see a complete list of products and services, visit our website at www.ebnemo.com and follow Exchange Bank on Facebook. Member FDIC.

Nursing Home Residents Placed at Other Facilities, Board Prepares to Close Down Care Center Jan. 14