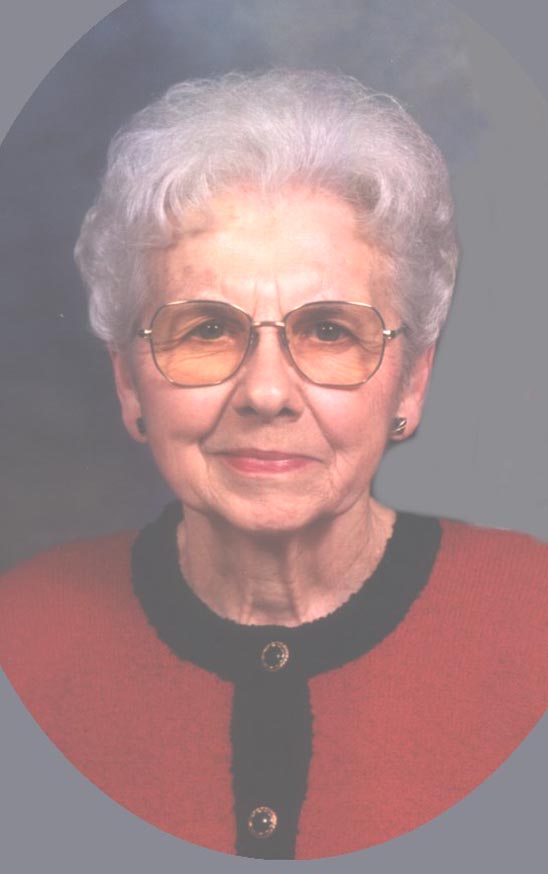 Ada Mae Chrisman, age 84, of Kahoka, MO, died Saturday, November 8, 2008, at Colonial Manor Nursing Home in Columbus Junction, IA, where she had spent the last few years near her daughter.

She was born January 1, 1924, in Fort Madison, IA, the daughter of Russell and Clara Ochesenbecker McKee.

Ada Mae graduated from Kahoka High School in 1942 and on July 23, 1944, she was united in marriage to Kenneth Chrisman. To this union was born a daughter, Connie Mae.

Survivors include her husband of 64 years, Kenneth Chrisman of Kahoka, MO; a daughter, Connie Wagner, and her husband, Dan; a grandson Mark and his wife, Kortney; and, a great-granddaughter, Mya, all of Wapello, IA.

She was preceded in death by her parents.
Ada Mae and her husband spent their entire life together on a small farm west of Kahoka, where they raised several different types of exotic livestock. She had a great love for animals, often helping care for them. She especially loved cats and dogs. A cat, Sambo, was her favorite.

She was employed at Hiller Insurance Agency and then by the Exchange Bank of Kahoka for 25 years. She was a receptionist, loan officer, and in 1983 became assistant vice president in charge of real estate lending. She was a member of St. Paul United Church of Christ in Kahoka. After retiring from the bank, she worked as church secretary.

Funeral services were held Monday, November 10, 2008, at 2 p.m. at Wilson Funeral Home in Kahoka with Rev. Kenneth Beckmann officiating. Mrs. Denise Mathes was pianist with selections “How Great Thou Art” and “What a Friend We Have in Jesus”.
Pallbearers were Johnny Shoup, Vernon Gutting, Larry Arnold, Danny Mathes, JerryDenham, and Milton Krueger.

Visitation was held at Wilson Funeral Home after 9 a.m. Monday with family receiving friends from 1 p.m. until time of services.

Memorials were suggested to the St. Paul Cemetery or the Peaksville Cemetery.