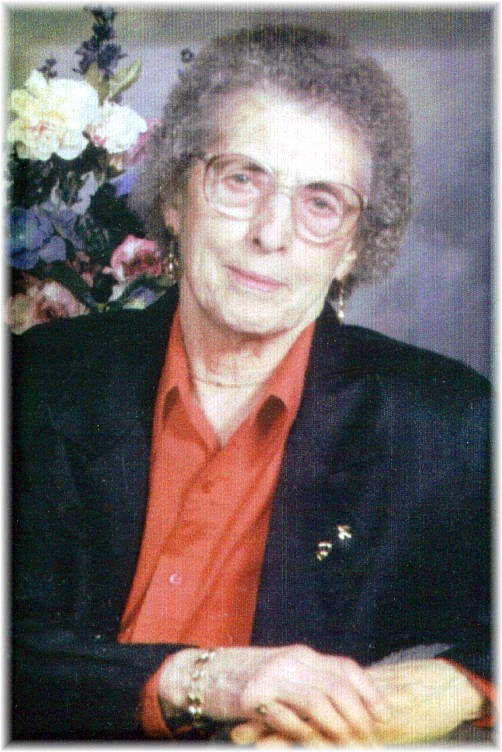 She was born on December 3,
1911 near
St.
Patrick,
MO, the daughter of Walter Theodore and
Winifred Thompson Bick.  On
December 3,
1930,
Elizabeth was united in marriage to Henry J.
“Jake” Logsdon at the St. Patrick Rectory in St. Patrick, MO and to this union eleven children
were born.  He preceded her in death on
February 14,
1988.

Louise was a lifelong resident of Clark County, MO and graduated from the
St. Patrick High
School with the Class of
1930.

Louise
enjoyed attending the social functions at her church, the Clark County Mule
Festival and the horse races at the county fair.  She especially loved the annual trips she
took with her daughters.

Funeral services will be held at 2
p.m.,
Saturday at the Shrine of St. Patrick in St. Patrick, MO with Father Paul Hartley
officiating.  Burial will be in the St.
Patrick Cemetery.

Visitation will be held after 1 p.m., Friday at the Vigen Memorial Home
in Kahoka, MO with the family meeting with friends
from 6 – 8 p.m.
A vigil service will be held at 6:00
p.m. Friday
at the funeral home.

Memorials may be made to the St. Patrick Cemetery.

On-line
condolences may be sent to the family at www.vigenmemorialhome.com.