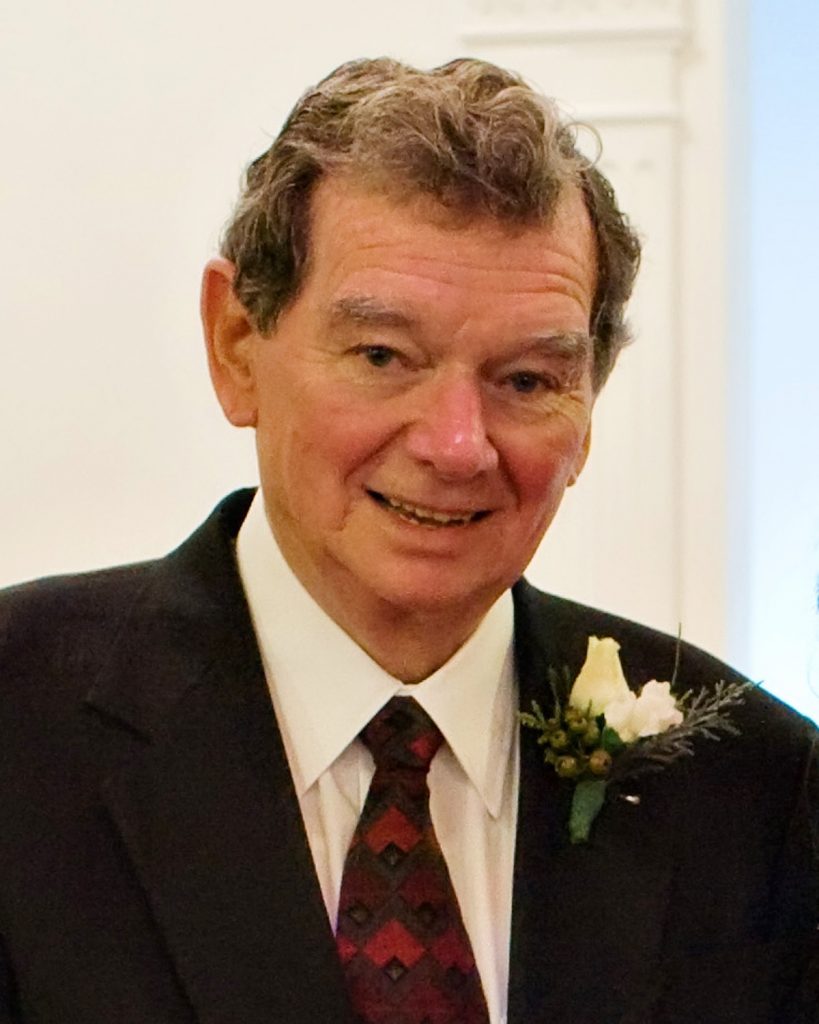 Rev. Ray Peters, 78, of Camp Point, died at 2:13 p.m. Sunday, May 10, 2009 in Blessing Hospital in Quincy.
Born May 20, 1930, in Knox County, Missouri, Rev. Peters was a son of Mace and Lillian Carr Peters. He married Julianne Hamlin on January 31, 1950, in Memphis, MO. She survives.
Rev. Peters owned and operated Ray Peters Trucking in Edina, MO. until 1968 at which time he began pastoring at the Assembly of God Church in Camp Point, a position he held for over 40 years until his death. He was a man of prayer who loved reading God’s Word.
Ray enjoyed working outdoors. He served his country in the U.S. Navy and was a devoted husband, father, and grandfather who cherished the time he spent with his family.
Survivors in addition to his wife are three daughters, Sherri Anne Leigh (Pat) of Pensacola, FL., and their two children, Leslie Groce (Randy) and Codey Leigh of Pensacola, FL.; Kathy Irene Libmann-Cantrell (Kevin) of Quincy, and their three children, Lori Tharp (Ed) of Lake in the Hills, IL., Lea Stoddard (Chris) of Swansea, IL., and Ariel Libmann of Quincy; and Mary Lynn Baucom (Bob) of Camp Point and their four children, Jami Johnson (Adam) of Normal, IL., and Jessi Baucom, Zach Baucom, and Taylor Baucom all of Camp Point; seven great grandchildren, Brecklyn, Bela, Austen, Bryce, Dylan, Emmy and Conner; and two sisters, Irene Edwards of Edina, MO. and Martha Herget of Odessa, TX.
He was preceded in death by his parents and a brother, Charles Peters.
Funeral Services were held Thursday, May 14, 2009 at 11:00 a.m. at the Camp Point Assembly of God Church by Rev. V. Lee Amsler. Burial was in Evergreen Cemetery in Camp Point.
Memorial contributions may be made in care of the Assembly of God Church for the Bob Jones Orphanage Mission in Haiti.
Online condolences may be left at www.hamiltonfuneralhomes.net
The Lummis Hamilton Funeral Home in Camp Point handled the arrangements.