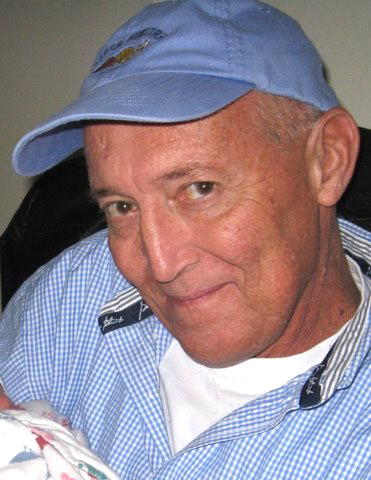 Mark Eugene Denham, age 51, of Rowlett, TX, died Monday, August 3, 2009, at the Baylor University Medical Center in Dallas, TX.
Mark was born on September 24, 1957 in Bloomfield, IA, the son of Eugene C. and Marlene Boeckman Denham, and baby brother of Melia.
Following the death of his mother from a rare kidney disease which Mark was later diagnosed with, his dad married Ruth Pierce and together with her son, Randy, became a family. Before long, Lisa, and then David, were born.
On July 29, 1989, Mark was united in marriage to Norma Torres in Greenville, Texas.
Survivors include his wife, Norma, of Rowlett, TX; step-mother, Ruth Denham, of Kahoka, MO; his sons, Blake Denham of Rowlett, TX and Brandon Johnson and his wife, Rebecca, of Little Elm, TX a grandson, Braydon Johnson, also of Little Elm, TX; two brothers, Randy Denham and his wife, LaRae, of Des Moines, IA and David Denham and his companion,
Kim Helbing, of Kahoka, MO; two sisters, Melia Denham of Oskaloosa, IA, and Lisa Vincent and her husband, Greg of Owensboro, KY; aunts and uncles: Eunice Buford of Kahoka, MO, Janie and Mike Dunning of Columbia, MO, and Shirley and Jim Dennison of Ottumwa, IA; as well as numerous nieces, nephews, cousins and other relatives.
He was preceded in death by his mother, Marlene, in 1963 and his father, Eugene, on March 23, 2006.
Mark graduated from Clark Co. R-1 High School in 1975 where he was active in sports, particularly, football and basketball. He moved to Houston in the late 1970’s where he worked for Houston Testing Services. Following his first kidney transplant, he eventually went back to school and became a Physical Therapist in the Dallas area for a number of years and then worked construction until getting back into Physical Therapy following an injury on the job.. He was a member of the St. Paul United Church of Christ in Kahoka and later of the Rowlett United Methodist Church where he also taught Sunday School and was a member of the construction ministry team, which helped people and particularly elderly, fix up their homes. Mark enjoyed playing golf and his latest hobby was leather crafting in which he designed and made belts and chaps and other leather items. He had been a Boy Scout leader in earlier years for his boys. Mark was devoted to his family and many friends, but more importantly to his Lord. He used his talents God gave him through his care for his patients, his construction ministry, being a leader for his sons, and by example in the way he lived his life.
Funeral services were held Friday, August 7, 2009, at 10:30 a.m. at the St. Paul United Church of Christ in Kahoka, MO, with Rev. Kenneth Beckmann officiating and Mr. Don Preston, eulogist. Mrs. Ida Ross was organist and Mr. H L Plenge, vocalist. Selections were “How Great Thou Art” and “I Believe”. Additional recordings were “Believe” and “Praise You in the Storm”.
Pallbearers were Hubert Nelson, Mike Dunning, Brent Lapsley, gregg Barrows, Larry Zinnert and Keith Doyle.
Burial was in the Kahoka Cemetery.
Visitation was held at Wilson Funeral Home in Kahoka after 4 p.m. on Thursday with family receiving friends from 6-8 p.m.
A memorial will be established.
On-line condolences may be expressed at www.timeformemory.com/wilsonfh.