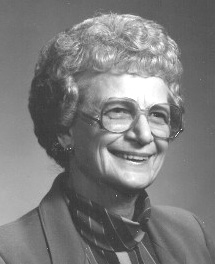 Dorothy had been employed at Sheller Globe in Keokuk, IA
before her retirement in 1980.

She was a member of the United Methodist Church in Kahoka, MO.

Dorothy enjoyed making all kinds of craft projects and
traveling.

Funeral services will be held at 10:30 A.M. Friday at the
Vigen Memorial Home in Keokuk, IA with Rev. Beryl Cragg officiating.   Burial will be in the Montrose Cemetery,
Montrose, IA.

Visitation will be held after 2 p.m. Thursday with the family
meeting with friends from 6-8 p.m. at the Vigen Memorial Home in Keokuk, IA.

Memorials may be made to the Kahoka
United Methodist Church.