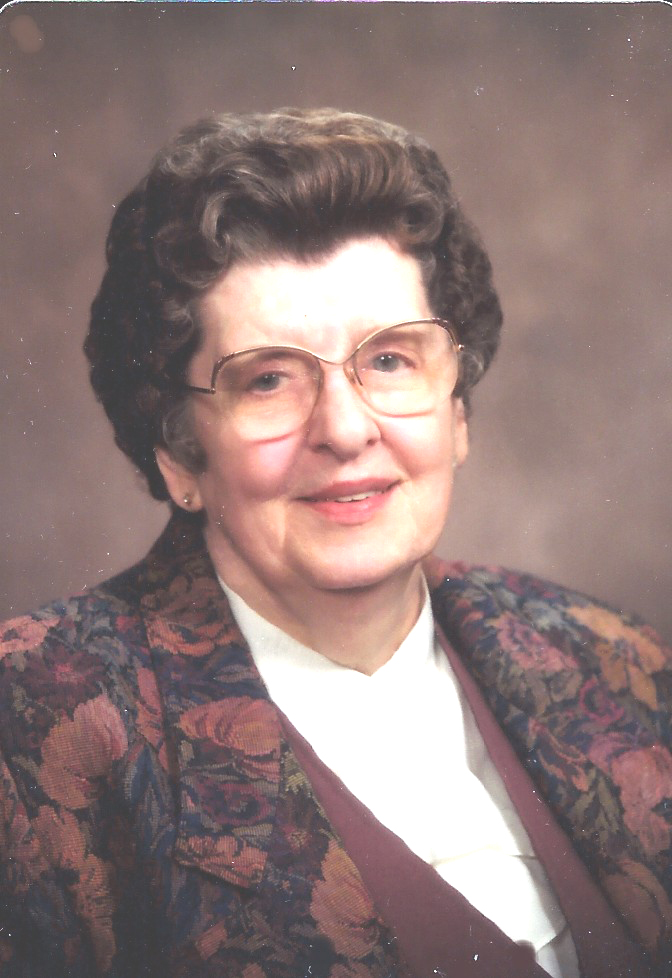 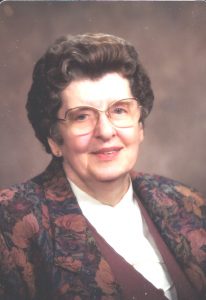 Grace Hortense Greenley, age 96 of Edina, Missouri died Sunday, December 21, 2014 at the Northeast Regional Medical Center in Kirksville, Missouri. The daughter and only child of Lee Welsh Greenley, Jr. and Grace Leone Caldwell Greenley, she was born on December 13, 1918 at the farm northeast of Novelty, Missouri. This was the family home until July 1965 when they moved to Edina, Missouri.

Hortense graduated from Novelty High School in 1936. She earned both B.S. and M.A. degrees in Business Education from Northeast Missouri State Teachers College, (now Truman State University) in Kirksville, Missouri. During her college years she worked in the Knox County Agricultural Office three summers. While on campus she worked as a secretary in the guidance office at Kirksville Jr. High for two years. She later completed post-graduate work in secondary school administration. She taught for thirty-six years in Missouri secondary schools in Laclede, Edina, Brentwood, LaPlata, Novelty, LaBelle, St. Louis, and Pleasant Hill, Illinois. In February 1963, she was selected principal of the newly formed Knox County R-I High School, a position she filled for thirteen years until her retirement in 1976. During her educational career, she held memberships in national, state, district, and local professional organizations.

Always an avid sports fan, Hortense played basketball, softball and entered track and field events in high school and college. For ten years, she served as a basketball coach on outstanding girls’ teams in Laclede, LaPlata, and LaBelle.

In retirement, Hortense enjoyed travel, genealogical research, sports, and outdoor activities. She was a member of the P. E. O. Sisterhood since 1943, having been initiated into Chapter AX, Edina. She was a long-time member of Delta Chapter, Delta Kappa Gamma Society, and the John R. Kirk Society at Truman State University. She was honored by the Society with the Delta State Excellence in Education Award. Miss Greenley was a charter member of the University of Missouri Jefferson Club and the Monticello Society. She was also designated as an Honorary Ag Alumnus of the University. She was the recipient of the Curator’s Award “for long history of service and support to education, agriculture, and the University of Missouri.” In 2001, she was recognized by the Missouri Preservation Organization and Missouri Alliance for Historic Preservation for outstanding work in rural preservation for the restoration of their farm house and the replication of the historic barn at the University of Missouri Lee Greenley, Jr. Memorial Research Center in Novelty. Miss Greenley was the donor of the family farm near Novelty as a memorial to her parents where she continued as an active participant in the administration and development of the Center to the present time.

Hortense was of the Protestant faith. She was preceded in death by her parents, her father in 1965 and her mother in 1968. She is survived by cousins Quentin Greenley and Roslyn Baker and their families in the Knox County area; special friends; the families of the late Mary Jane Parsons; and numerous second cousins in other parts of the country. Hortense enjoyed farm and professional life-both of which she loved dearly.

Memorials in memory of Grace Hortense Greenley may be made to the Linville Cemetery or donor’s choice. Memorials may be left at or mailed to Hudson-Rimer Funeral Home, P.O. Box 1, Edina, MO 63537.