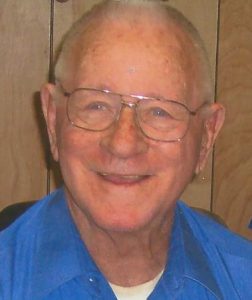 The son of Harvey and Mary (Anderson) Conger was born March 8, 1930 in Chariton County, Missouri.

Bill built pole barns for Kamar for many years. He also drove a semi-truck for Sharkie Transportation and other companies along with raising and showing pigeons in his later years, winning many awards. He served on the Lewistown City Council and was involved in many community projects over the years. Bill was a member and deacon of Mt. Olive Baptist Church in LaBelle and a member of Gideon’s International.

He was preceded in death by his parents, wife, two sisters, Betty Schlieper and Karen Long, step-daughter, Evelyn Goodwin and step-son, Kenny Goodwin.

Funeral services will be held Thursday, December 31, 2015 at 11:00 AM at Arnold’s Funeral Home in Lewistown, Missouri with Pastor James Salter officiating. Interment will be in the Lewistown Cemetery.

Visitation will be held Thursday morning from 9:00 AM until the time of services at Arnold’s Funeral Home.

Memorials may be made to Mt. Olive Baptist Church or Lewistown Cemetery.

Online condolences may be left at arnoldsfuneralhome.net