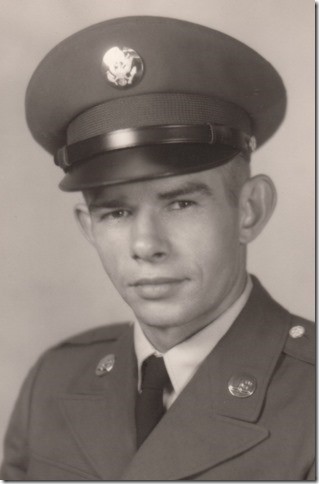 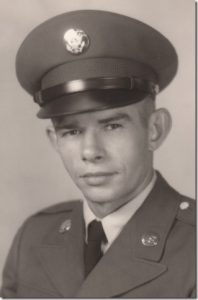 James was born December 26, 1937 in Luray, MO, a son of Preston and Lucille
Thompson Dochterman.

James was united in marriage to Norma Jean Downey on September 12, 1981 in
Medill, MO. She preceded him in death on January 15, 2015. They were the parents of LeAnn.

He was preceded in death by his wife, Norma; his parents; a still-born daughter, J.J; a grandson, Justin Dochterman; a brother, Allen Dochterman; and a nephew, Rowdy Redding.

James was a sharpshooter in the U. S. Army and a member of Ayer-Boatman Post # 4342, V.F.W. He was a truck driver and was the first driver hired for Dickey Transport when it began it’s operation. He also had hauled pigs for Harper and Sons where he earned his nickname “Porky”. Following retirement, James laid carpet for many people in the area.

James had many interests including roller skating, bowling, fishing, hunting, including mushrooms he had picked the day before he died. He had a special spot he never revealed to anyone where he would go each mushroom season. He also enjoyed his PBR and cigarettes. In earlier years he and his brother, Allen, drag raced on the track in Kahoka. To this day, he spent many hours in the garage working with T.J. Sammons and Jim Lynch on their race cars. He was born in the generation that if something broke, you fixed it, and he could pretty well fix anything. Most of all, he loved anything that involved being outdoors.

James was a man who “had no filter”, said what he felt, and didn’t like being proven wrong. He would always root for whatever team was playing against the St. Louis Cardinals just to aggravate his family. Although he had a rough exterior, he was nothing but a big teddy bear. James frequented Cookies daily to visit with his many friends and give the waitresses a hard time. His family was the joy of his life.

Cremation followed with inurnment to be held at a later date in the Combs Cemetery at Luray.

Memorials are suggested to the family with checks made payable to LeAnn Dochterman.