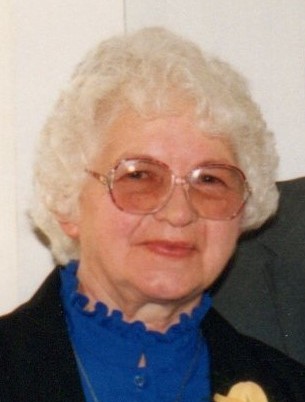 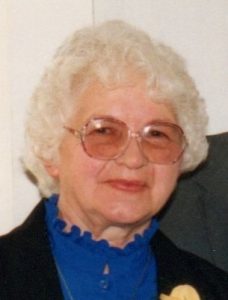 Norma Jean Scifres passed away May 9, 2016 at the Country Aire Retirement Estates in Lewistown, Missouri.

Norma Jean graduated as valedictorian of Wyaconda High School Class of 1946.  She attended Kirksville State Teachers College in Kirksville, Missouri, and taught school for three years before marrying the love of her life, Virgil.  She was of the Baptist faith.

It was on April 10 1949, that Norma Jean was united in marriage with Virgil Scifres.  To this union was born seven children:  Harry Joe and Evelyn Scifres, of Steffenville, Dennie and Betty Scifres and Jennilee Carper, all of LaBelle, Audrey and Randy Rayl, of Ewing, Vancell and Sharon Scifres, of Monticello, Stacy Scifres, of Lewistown, and Vonnie & Karl Franke, of Novelty; sixteen grandchildren, and twenty-eight great grandchildren; two brothers, Orville and Johanna Steele and George Steele; and one sister, June and Louis Ferguson; numerous nieces, nephews and cousins.

She was preceded in death by her husband, Virgil; parents; sister-in-law, Calene Steele; and son-in-law, Donnie Carper.

Funeral services will be held at 10:00 a.m. on Thursday, May 12, 2016, in the Coder Funeral Chapel in LaBelle, Missouri.  Pastor Barb Hagerla will officiate for the services.  Burial will be in the New Woodville Cemetery, east of Wyaconda, Missouri.

Music will be by Camden and Evelyn Scifres singing, “In the Garden”, “Sweet Hour of Prayer” and “Amazing Grace”.

Memorials may be made to the New Woodville Cemetery, Wyaconda, Missouri, or Country Aire Retirement Estates, Lewistown, Missouri.