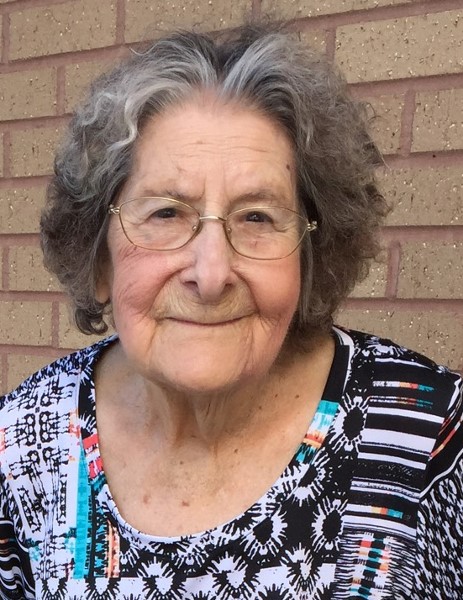 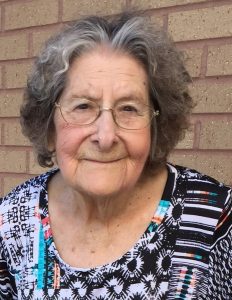 She was born June 20, 1933 near Kahoka, MO the daughter of Ralph Lincoln and Edna Opal Ingram McNally.  She was raised by her aunt and uncle, Gladys and Walter Bertram in Oakland, CA until the age of 15.  On May 20, 1951 she was united in marriage to Robert E. Jinkens near Wayland, MO.  He preceded her in death on May 15, 1967.

Aileen graduated from the Wayland High School with the Class of 1951.

Aileen had been an Air Force bride and a devoted farmer’s wife who enjoyed taking care of her family.   She cared for her husband, who suffered with Multiple Sclerosis for many years.  She made her house a loving home and always welcomed the neighborhood kids in.  Aileen enjoyed sewing.  She was a Nascar fan and especially liked Jeff Gordon.  Aileen liked to keep her mind busy by reading the Bible and mystery books and working crossword puzzles.   Aileen loved all animals, particularly cats and enjoyed watching horse racing.  She loved to sing and go dancing.  She was a dedicated Red Cross donor, donating 13 gallons of blood over the years.

Besides her husband, she was also preceded in death by her parents, step-mother, Myra McNally, and brothers and sisters, Wilma McNally, James McNally, Opal Irene Fleming, Lola Eder, Waneta Smith, cousins who were like brothers, Hillis and Forest Bertram.

A funeral service will be held at 10 a.m., Monday at the Vigen Memorial Home in Keokuk, IA with Pastor Alice Hawes officiating.  Burial will be in the Keokuk National Cemetery in Keokuk.

Visitation will be held after 3 p.m., Sunday at the funeral home with family meeting with friends from 6-8 p.m.

In lieu of flowers, memorials may be made to FOKAS (Friends of Keokuk Animal Services), PAWS No Kill Animal Shelter or the National Multiple Sclerosis Society.