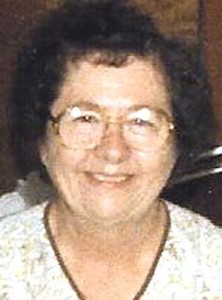 She was born on October 3, 1928, at Rutledge, the daughter of Milton and Jewell Lorena Peterson Price.

On May 25, 1946, at Knox City, Missouri she was united in marriage to Raymond Samuel Clary and he preceded her in death on October 25, 1999.  Also preceding her in death were her parents.

Mrs. Clary was raised in the Rutledge area where she attended the Brick grade school and the Rutledge High School.  She and her husband were engaged in farming southeast of Rutledge, Missouri.  She was also employed for twenty-three years at Shellor Globe Auto Parts Factory at Keokuk, Iowa.  She enjoyed gardening, flowers, canning, her dog snoopy and spending time with family and friends.  She was a member of the Harmony Grove Baptist Church.

Expressions of sympathy in memory of Norma Jean Clary may be made to the Harmony Grove Cemetery or the Scotland County Care Center in Memphis, Missouri.  Memorials may be left at or mailed to Hudson-Rimer Funeral Home, P.O. Box 1, Edina, Missouri, 63537.