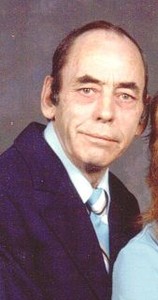 Word has been received that a former Kahoka, MO. man has passed away in Little Falls, Minn. At the Lutheran Care Center.

He was born in Kahoka, MO. July 5 1923 the son of John E. and Anna (Bell Derman) Young.  He attended Kahoka schools.  When a young teenager he worked for Bakers Quarry, where he was seriously hurt and wasn’t expected to survive, but with his parents and the help of God and his strong determination he went on to live a long and enjoyable life.

Chester could play any musical instrument.  In the old days he loved to get together with his two brothers Vic and Floyd and play music, each playing a different instrument.  He enjoyed playing horseshoes and video games and he loved animals and working on the lawn.

He was a wonderful husband, father, grandfather, and brother.

He is survived by a host of nieces and nephews and friend in this area.  Two sister-in-laws Mary Young Helm and Mel Young both of Kahoka, MO.