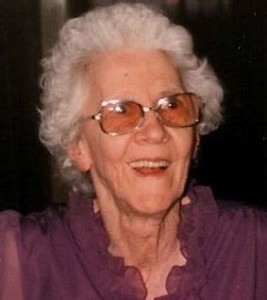 Mary Charlotte Dyer, age 100, of Knox City, Missouri, died Monday September 3, 2007, at the Knox County Nursing Home in Edina, Missouri, where she had made her home for the past twelve years.

She was born May 13, 1907, Lewistown, Missouri the daughter of Robert and Alice Hubbard Glaves.

On May 2, 1936, at Hannibal, Missouri she was united in marriage to Francis E. Dyer and to this union three children were born.

Mary was preceded in death by her parents, her husband on May 1, 1993, one brother and one great grandson.

Mary grew up in Lewis County and lived the rest of her life in Scotland and Knox County.  She attended Northeast Missouri State Teachers College (now Truman State University) and the University of Missouri at Columbia, Missouri receiving her degree in education.

She taught at schools in Lewis, Scotland and Knox Counties.  Mary enjoyed teaching in school and Sunday school.  She was a member of the Assembly of God Church and Missouri Retired Teachers Association.

She was a life long learner and avid reader.  She loved farming especially raising cattle, gardening, crocheting, traveling and spending time with family and friends and helping anyone in need.

She will be missed by her family, nieces, nephews and friends.

Funeral services were held Saturday, September 8, 2007, at the Hudson-Rimer Funeral Home in Edina, Missouri.  Reverend Larry Malcolm acted as officiate for the services.  Music was provided by Rebecca Czubkowski.

Burial was in the Lewistown Cemetery at Lewistown, Missouri.

Expressions of sympathy in memory of Mary C. Dyer may be made to the Dyer Family Memorial Fund for the construction of churches in Togo, Africa.  Memorials may be left at or mailed to Hudson-Rimer Funeral Home, P.O. Box 1, Edina, Missouri 63537.