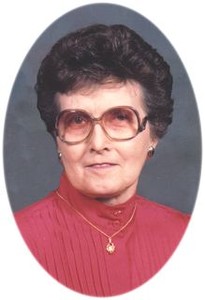 She was born on March 9, 1926, in Greensburg, Missouri, the daughter of Floyd and Lela Phillips Stone.

Dorothy grew up near Greensburg, Missouri and graduated from the Baring High School in the Class of 1943. She received a teaching certificate and taught at the Myer’s Rural School, a one room school, near Rutledge, Missouri.

Dorothy farmed with her husband and in 1969 she found employment with Hollister Inc. in Kirksville, Missouri, where she worked 23 years retiring in 1992. She remained on the farm northwest of Edina until her health failed in 2004.

Dorothy is survived by a daughter, Marsha Rae and her husband Philip Ordonio, Jr. of Greentop, Missouri; a son, David Lee Hettinger of Pierce, Colorado; a brother, Cletus and his wife, Laverna Stone of Marion, Iowa; three grandchildren, Philip III and his wife, Ellen Ordonio of Edina, Missouri, Katrina Ordonio-Hill and her husband, David of Houston, Texas and Chris Hettinger of Oklahoma City, Oklahoma; two great grandchildren, Corrina Ordonio and Cecilia Ordonio both of Edina, Missouri; along with several nieces, nephews, cousins and a host of friends.

Funeral services will be Monday, October 22, 2007, at 2:00 p.m. at the Doss Funeral Home of Edina, Missouri.  Burial will be in the Greensburg Cemetery in Greensburg, Missouri.

An expression of sympathy in memory of Dorothy Hettinger may be left to the Alzheimer’s Association or the LaBelle Manor Care Center. A memorial may be left at or mailed to the Doss Funeral Home 208 N. 4th Street, Edina, Missouri 63537.