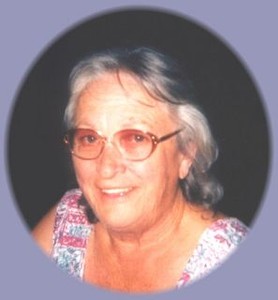 Lucille Soper, age 68, of Alexandria, MO, died Sunday, March 2, 2008, at Lexington Square in Keokuk, IA, where she had resided since January.

She was born March 18, 1939 at Alexandria, MO, a daughter of Herman James and Ruth Ellen Mason Renner.

She was preceded in death by her parents; her husband; and a son, James, in 1982.

Lucille had cooked in earlier years at Morgan Oil, Knotty Pine and the Keokuk Convalescent Center. She was a seamstress for Todd Uniform at her retirement.

Lucille worked hard all of her life, as a mother of nine, wife, farm wife, and grandmother. She loved her family and friends and was lovingly referred to as the "Queen of Alec". She touched a lot of lives and was known as "mom" to many as she always opened her home and heart to others. She enjoyed having coffee at Bob Land’s station, playing euchre and visiting with friends at the Purple Cow, and raising horses. She loved Alexandria and camping along the Mississippi. More than anything, she loved being a mother and grandmother.

Memorial services were held Thursday, March 6, 2008, at 2 p.m. at Wilson Funeral Home in Kahoka with Pastor Bonnie Horner officiating. Special music was recordings "When I Get Where I’m Going" and "Amazing Grace".

Inurnment followed in the Kahoka Cemetery.

Visitation was held after 9 a.m. Wednesday at Wilson Funeral Home with family receiving friends from 6-8 p.m.