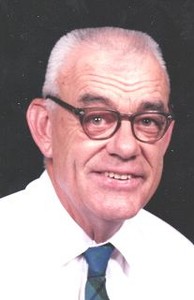 He was born on April 1, 1926, at Paris, Illinois, the son of Orion McKay and Dorothea Warren Gillaspy.

Mr. Gillaspy is survived by one sister, Rosalyn Eyman and her husband Bill of Knox City, Missouri, one brother Dudley A. Gillaspy and his wife Dixie of Edina, Missouri, and five nieces and nephews.  He was preceded in death by his parents.

James received his education in Knox County where he graduated from Edina High School Class of 1944. James also attended one year at University of Missouri at Columbia.

James made a career serving his country in the United States Army for twenty-four years. He enlisted in 1945 and was honorably discharged in 1969 having obtained the rank of Staff Sergeant in the Signal Corps.  During his military career he served in Germany, France, Korea, Panama, and numerous other places in Europe and the United States.

James was an avid stamp collector; he loved reading, traveling the world and enjoyed visiting and spending time at the Knox County Nutrition Center.

Burial was in the Bee Ridge Cemetery southeast of Edina.

Expressions of sympathy in memory of James Warren Gillaspy may be made to the Knox County Nutrition Center.  Memorials may be left at or mailed to Hudson-Rimer Funeral Home, P.O. Box 1, Edina, Missouri, 63537.