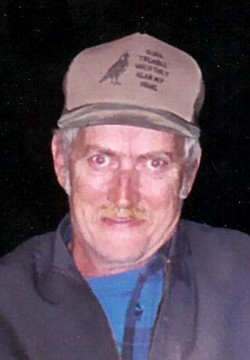 Dennis Wayne Parton, age 57, of Hurdland, Missouri, died at his residence on May 1, 2008.
He was born in Kirksville, Missouri on October 5, 1950, the son of Richard and Betty Baker Parton.
Dennis attended schools in Knox County and graduated from LaPlata High School. After high school Dennis served his country in the United States Navy, where he served all over the world from 1968 to 1972 and again from 1973 to 1976. Dennis was employed at various jobs throughout his life. He loved to fish and hunt and loved NASCAR Races.
Surviving are his parents, Richard and Betty Parton of Edina, Missouri, nine children, Crystal of Massachusetts, Dennis II of Virginia, Harold of Virginia, Peggy of Virginia, Eric of Missouri, Pam of Missouri, Rosie of Tennessee, Dennis of Tennessee, and Joe of Tennessee, three brothers, David and Mary Parton of Edina, Missouri, Darrell and Sharon Parton of Troy, Illinois, and Rick and Janie Parton of Memphis, Missouri, one sister Bonnie and Vance Rowland of Hurdland, Missouri, and eleven grandchildren.
He was preceded in death by an infant daughter.
Graveside services was held 11 a.m. Monday, May 5, 2008 at the Missouri Veterans Cemetery in Jacksonville, Missouri under the direction of the Hudson-Rimer Funeral Home in Edina, Missouri.
There was no visitation. Memorials in memory of Dennis Wayne Parton may be made to the American Heart Association or American Cancer Society. Memorials may be left at or mailed to Hudson-Rimer Funeral Home, P.O. Box 1, Edina, Missouri, 63537.
HUDSON-RIMER
FUNERAL HOME