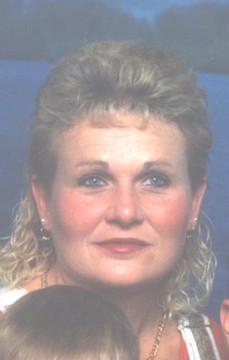 She married Larry Barker and they divorced. She then married Kevin Shanley and they were the parents of Dillon and Pearley.
Survivors include her two sons, Dillon (14) and Pearley (11) Shanley, both of the home; parents, Osa Clay and Merle Davis of Kahoka; sister, Lois Clay of Kahoka; brother, Donnie (Peggy) Clay of Kahoka; nieces, Malena (Bryan) Damon of Kahoka, and Rebecca (Brian) Morris of Burlington, NC; a special great niece, Tiara Damon of Kahoka; step-children: Lessie (Brian) Shanley of Wentzville, MO, David Shanley of Jacksonville, FL, and Nathan Shanley of Wentzville, MO; a step grandson and step granddaughter; a special great nephew, Guy Damon of St. Louis; also special friends: Dan Martin of Kahoka, Bambi Edwards of Edina and Julie Lewis of Hurdland; as well as several aunts, uncles, nieces and nephews.
She was preceded in death by her father; her brother, Tommy; grandparents; stepson, Talton Barker and also, several aunts and uncles.

Tammy attended school in the Clark County area, moving later to Hurdland to raise her children. She was a former employee of the National Garment Factory in Memphis, MO, and then the Clark Co. Nutrition Site.

She enjoyed fishing, quilting blankets, spending time with family and friends, karaoke,singing, dancing, going to yard sales, and collecting angels. Everything Tammy did, she did with her boys. Her love for them could never be measured. The fishing trips along side the roads they traveled wherever water could be found will never be forgotten. Tammy will be sadly missed by all who knew her.

Visitation was held at Wilson Funeral Home after 10 a.m. Saturday with family receiving friends from 1 p.m. until time of services.
The family requested memorials be directed to the funeral home.
On-line condolences may be expressed at www.timeformemory.com/wilsonfh.