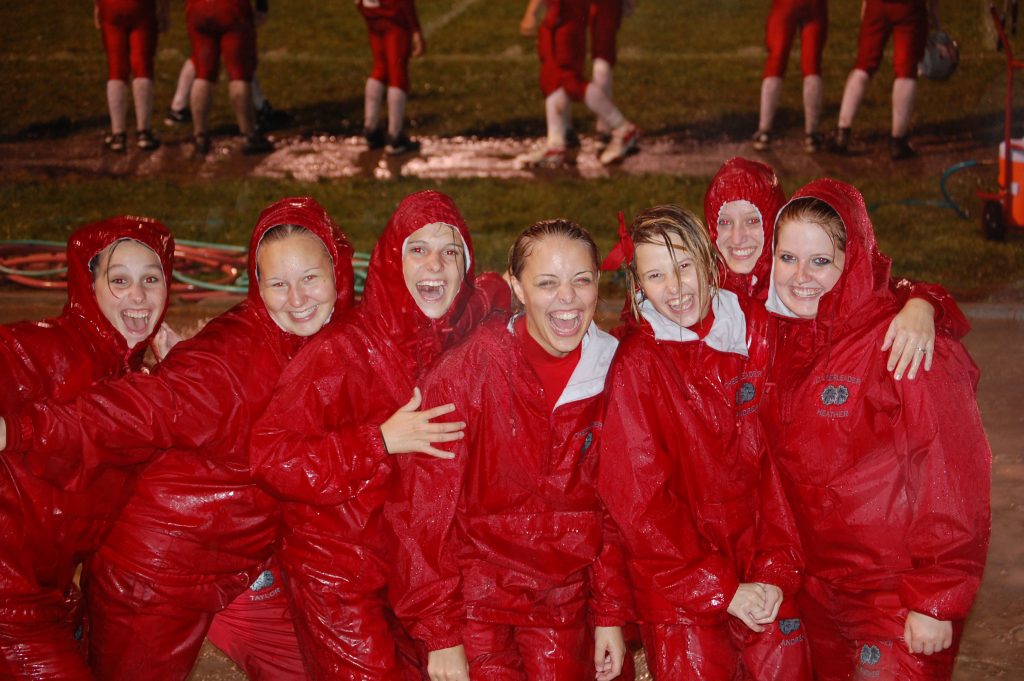 Indians Slip and Slide To 32-0 Victory

In a game reminiscent of those old-time, black and white television football games between the Bears and Packers, the Clark County Indians fought it out with Putnam County in a steady rain Friday night.

The rain and wet turf made for plenty of mud, slipping and sliding, and loose ball excitement.

The game played before the faithful fans of both schools felt much closer than the 32-0 final might indicate.

The Indian won the toss, and chose to receive the ball, but their first possession ended quickly as an Ethan Allen pass was picked off by the Midget defense.

The Indians scored in the first quarter on a Javis Vineyard five-yard run.
Quarterback Ethan Allen scored second quarter touchdown to give the Indians a 13-0 halftime lead.

Allen added two more TD’s in the second half, and Curtis Jenkins recovered a Midget fumble in the end zone late in the game for the final score.

Clark County gained 357 yard in the game, 290 coming on the muddy ground. ?The Indians picked up 10 first downs.

Putnam County was held to only 49 total yards of offense on the evening.

Next up for the Indians are the Palmyra Panthers, who struggled to a 14-7 victory over Louisiana.