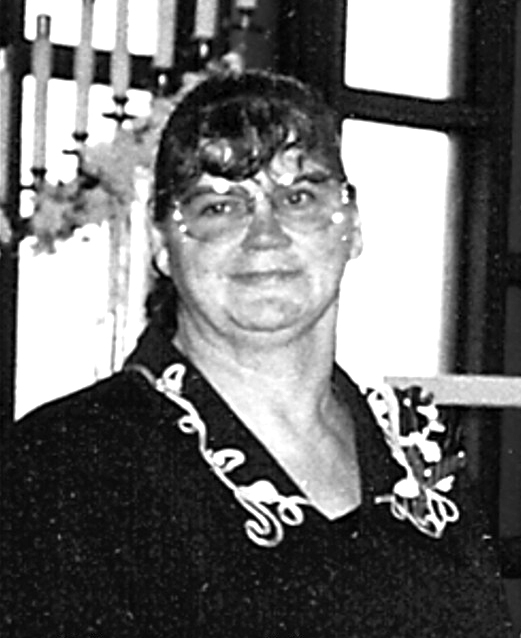 Sharon Kay Kase, 63, of Keokuk, IA, died Wednesday, December 24, 2008 at her home.
She was born on February 2, 1945 in Keokuk, IA, the daughter of Virgil and Gladys Phillips Klingsmith. On June 11, 1973, Sharon was united in marriage to Greg Kase in Quincy, IL. He survives.
Other survivors include her children, Laura Malloy of Keokuk, Ed Malloy of Keokuk, John Malloy, Sr. and his wife Patty of Kahoka, MO, Sara Malloy of Keokuk, Billi Weir of Keokuk, and Tina Adams and her husband David of Keokuk, twenty grandchildren including six that she raised, Amy Glover and her husband Jason of Keokuk, Rebecca Cagle and her husband Michael of Texas, Ta-Nisha Malloy, Isaac Malloy of Keokuk, John Malloy, Jr. of Keokuk and Bobbi Malloy of Keokuk, fourteen great-grandchildren including Serenity Malloy, whom she was raising, and one sister, Bev Brookhart of Keokuk.
She was preceded in death by her parents, one sister, Betty Heusier and one granddaughter, Elizabeth Marlin.
Sharon loved bowling and helping at God’s Way Christian Center in Keokuk. She was always willing to help anyone in need. Sharon’s family was her life and she loved taking care of her children and grandchildren.
Funeral services will be held at 1 p.m., Monday at the Vigen Memorial Home in Keokuk, IA with Pastor Sylvia Tillman officiating. Burial will be in the Keokuk National Cemetery.
Visitation will be held after 1 p.m. Sunday with the family meeting with friends from 6 – 8 p.m.
Memorials may be made to the family.
On-line condolences may be sent to the family at www.vigenmemorialhome.com