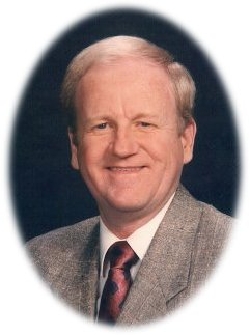 Rex Dale Arment, 67, of Branson, Missouri, died Wednesday, May 6, 2009, at his residence in Branson, Missouri.
Rex was born on August 6, 1941, in Quincy, Illinois, the son of George M. and Nora “Marie” Gragg Arment.
He was raised southeast of Edina attended the Clancy Rural School and graduated from the Edina High School in the Class of 1959 and continued his education with the Gem City Business College in Quincy, Illinois. Rex worked for two years as an accountant for Burdman Auto Parts in Kirksville, Missouri, as a teller for the Broadway National Bank in Quincy, Illinois, as accountant for Northeast Missouri CO-OP in Edina, Missouri and started Arment Accounting and Tax Service in October of 1965. He sold his accounting business to Lou Ann Werr in May of 2003 but continued his love of numbers helping out each tax season and working part time at both Springfield and Branson, Missouri.
Rex was a member of the Church of the Nazarene in Kirksville, Missouri, a charter member of the Edina Chamber of Commerce, was a member of the National Society of Public Accountants, Independent Accountants Society of Missouri, National Association of Tax Practitioners, the local chapter of Independent Accountants Society of Kirksville, Missouri and was named to the “Who’s Who” in the Midwest in 1976 and 1977. Rex served as Edina City Treasurer for 34 years and accountant for the Knox County Ambulance District from 1975-2003.
Rex is survived by his brother, William “Bill” and his wife Barbara Arment of Quincy, Illinois; a sister, Doris and her husband Ronald Baldwin of Fulton, Missouri; several nieces, nephews, great nieces, great nephews and a host of friends.
Rex was preceded in death by his parents, George and Marie Arment and a sister, Darlene Parrish in 2002.
A memorial service will be Monday, May 11, 2009, at 1:00 pm, at the Doss Funeral Home in Edina, Missouri.
The family will receive friends from 12:00 noon to 1:00 p.m. at the funeral home in Edina, Missouri.
Reverend David Howald will officiate.
An expression of sympathy in memory of Rex Arment may be left to the American Cancer Society. A memorial may be left at or mailed to the Doss Funeral Home 208 N. 4th Street, Edina, Missouri 63537