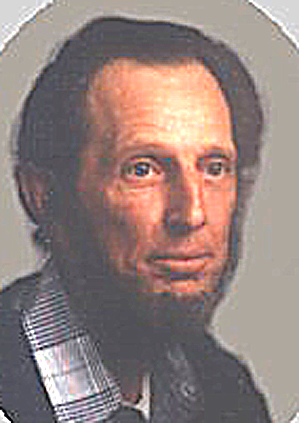 Dallas L. Gillispie, age 70, of St. Francisville, MO, died Monday, June 29, 2009, at his home.
He was born October 4, 1938 at Novelty, MO, the son of Cecil “Jack” and Roma W. Followwill Gillispie.
He married Mary Brown and they were the parents of a daughter, Joan. He later married Judy Brees in August of 1981.
He is survived by Judy, of Kahoka, MO; three daughters, Lori Brees of Indianola, IA, Paula Smeltser, of Kahoka, MO and Joan Beins of Bristol, TN; two grandchildren, Chase Malloy of Nashville, TN and Samuel Smeltser of Kahoka, MO; one brother, Floren Gillispie of Des Moines, IA; three sisters: Helen (Amos) McHenry and Carol (Jim) Perkins all of Unionville, MO, and Vera (James) Schoonover of Mustang, OK; nieces, nephews, other relatives and his many, many friends.
He was preceded in death by his parents.
Dallas sold and worked on motorcycles in Van Meter, IA until moving to St. Francisville in 1985 when he and Judy opened Judy’s Bar and Grill. He was a self-employed truck driver most of his later life and in recent years was co-owner and manager of St. Francisville Mobile Homes.
He was a proud United States Army veteran. He enjoyed participating in shuffle board, horseshoe and pool tournaments, hill climbing on his motorcycle, dressing up at Halloween as Abraham Lincoln, listening to country music, and helping others. He had helped cook hogs for many benefits in the area. He lived for his grandson, Samuel’s, go-kart racing events.
Memorial services were held Friday, July 3, 2009, at 6 p.m. at Wilson Funeral Home in Kahoka with Rev. Dan Deatrick officiating. Visitation was held one hour prior to services.
A Graveside service with Military Honors will be held Sunday, July 12, 2009, at 2 p.m. at the Unionville Cemetery in Unionville, MO. Honors will be performed by American Legion Post # 34 of Unionville.
Memorials are suggested to the Dream Out Loud Foundation, established and operated by Samuel Smeltser.
On-line condolences may be expressed at www.timeformemory.com/wilsonfh.