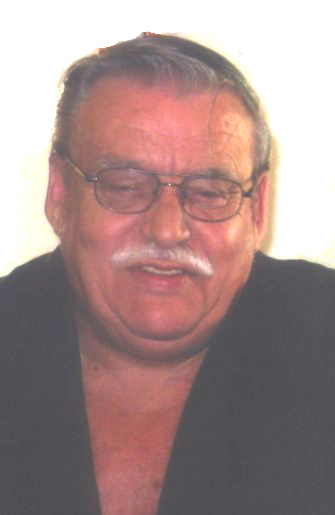 Larry David Dochterman, age 62, of St. Francisville, MO, died unexpectedly on Sunday, July 5, 2009, at his home.
He was born January 10, 1947, at Keokuk, IA, a son of James Willis and Grace Roberts Dochterman.
On September 17, 1971, he was united in marriage to Beverly Newman.
Survivors include his wife, Beverly, of St. Francisville, MO; two daughters, Yvette Howell and her husband, Mark, of Montrose, IA, and Crystal King and her husband, Dan, of Alexandria, MO; five grandchildren: Tristan Howell of Montrose, IA and Mike, Lilie, Isaac and Axell King of Alexandria, MO; as well as several brothers-in-law and sisters-in-law and their families; as well as other relatives and many friends.
He was preceded in death by his grandparents; his parents; three brothers, Joe, Willis, Jr. and one in infancy; and, aunts and uncles.
Larry graduated from Kahoka High School in 1965 and later served in the U.S. Army.
He was a mechanic and certified technician for the past 43 years at Daniel Chevrolet which later became Bentz Chevrolet and then Advantage Auto until retiring in early 2009.
Larry was a member of St. Francisville, United Methodist Church and a Charter member of Clark Co. Moose. He loved spending time with his family, grilling, cooking, frying fish and watching Nascar racing. He was a loyal Earnhardt fan. Larry was also an avid reader. He was very proud of his family and most happy when playing ball with his grandchildren.
Graveside services were held Wednesday, July 8, 2009, at 10:30 a.m. at Sand Cemetery in St. Francisville with Pastor Shawn McAfee officiating.
Memorials were requested to the family.
Arrangements were handled by Wilson Funeral Home in Kahoka.
On-line condolences may be expressed at www.timeformemory.com/wilsonfh.

Acknowledgement of Service
The members of the American Legion and the Veterans of Foreign Wars hereby acknowledge that Comrade Larry David Dochterman served our country for one year, ten months and eleven days during the Viet Nam War, in the U.S. Army.
He served with Battery A Fifth Battalion 14th Artillery, Second Armored Division and is authorized to wear the following decorations: National Defense Service Medal, Sharpshooter M-16, and Expert M-14.
He was released from active duty 8 September 1971 and returned to Alexandria, Missouri.
Our Comrade joined the Staff of the Supreme Commander 5 July 2009.