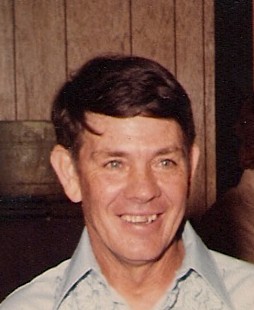 Glen Dale Love, age 84, of Edina, Missouri, died Saturday, September 5, 2009, at the Blessing Hospital in Quincy, Illinois.
He was born March 26, 1925, at Harmon, Illinois, the son of Roy Scott and Etta Francis Diebert Love.
On April 7, 1946, at Washington D.C. he was united in marriage to Helen Charlotte Smith.
Surviving are his wife Helen Love of Edina, Missouri, three children, Michael Alan Love and wife Ruth of Springfield, Illinois, Roy Dale Love and wife Laura of Gardnerville, Nevada, and Lisa Love Fletcher and husband Christopher of Globe, Arizona, seven grandchildren, four great grandchildren, one sister, Mary Brooks and husband Glenn of Atlanta, Illinois, three brothers-in-law, Frank Smith of Ocean City, Maryland, Paul Smith and wife Ruth of Pottstown, Pennsylvania, and Charles Smith and wife Florence of Gettysburg, Pennsylvania, and one niece Glenda Beitz.
Glen was preceded in death by his parents, and one sister Lorna Gieske.
Glen was raised in Illinois and received his education at Broadwell Illinois. As a teenager Glen worked for several farms in Illinois. Glen then served his country in the United States Navy as an Aviation Mechanic serving in Trinidad Tobago.
After their marriage Glen and Helen resided in Illinois where they were engaged in farming from 1946 to 1968 at which time they moved to Knox County where they continued to farm.
Glen loved farming; he was handy and could do anything. He enjoyed raising catfish in his pond and spending time with his family and friends.
Glen was a one of Jehovah’s Witness’s congregation at Colony, Missouri.
Funeral services were held 2 p.m. Friday, September 11, 2009, at the Hudson-Rimer Funeral Home in Edina, Missouri. Officiating the services was John Brinkman. Burial was in the Colony Cemetery. Casket bearers were Christopher Fletcher, Ray Osland, Zachery Miller, George Glascock, Bill Gorrell and Tom Kenney.
Visitation was Wednesday September 9, 2009, from 5 p.m. to 7 p.m. at the Hudson-Rimer Funeral Home in Edina, Missouri. Memorials in memory of Glen Love may be made to the Colony Cemetery. Memorials may be left at or mailed to Hudson-Rimer Funeral Home, P.O. Box 1, Edina, Missouri, 63537. www.hudsonrimerfh.com
HUDSON-RIMER
FUNERAL HOME