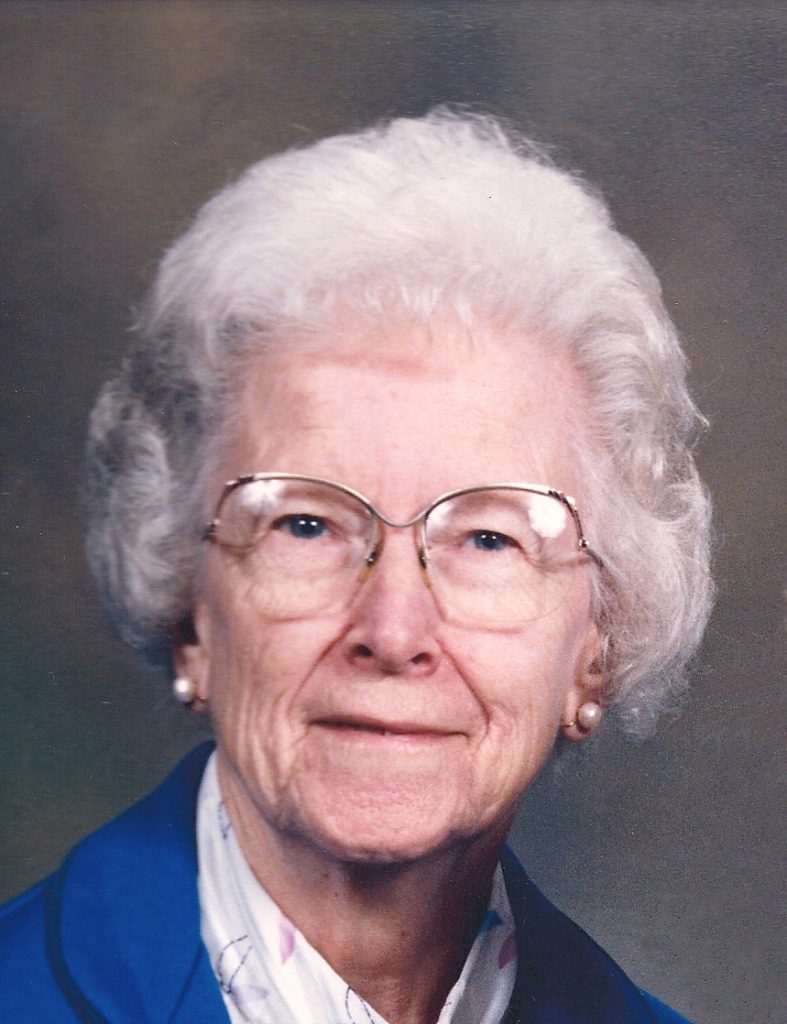 The
daughter of Samuel Clay and Bessie Shacklett Sharts was born on May 27, 1919 in
Ft. Madison, Iowa.

Bessie was a
member of the Wyaconda Christian Church in Wyaconda, Mo.  She was a member of the Riverview Extension
Club, W.M.U., and she taught Sunday school and G.A.’s in the First Baptist
Church of Canton.  Her grandchildren and
great-grandchildren were her pride and joy.

She was
preceded in death by her parents, husband, and a son Daniel Clay St.Clair.

Funeral
services will be held Saturday, January 9, 2010 at 1 PM at Arnolds Funeral Home
in Canton, Mo. with Rev. Basil Bevans officiating and burial in the Wyaconda
Cemetery, Wyaconda, Missouri.

Visitation
will be held Friday evening from 5 until 8 PM at Arnolds Funeral Home in
Canton.

Memorials
may be made to the Wyaconda Christian Church or to Butterfield Youth Services,
Marshall, Mo.

Online
condolences may be left at www.arnoldsfuneralhome.com