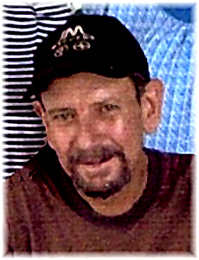 He was born August 7, 1957 in Keokuk, IA
the first born son of James and Dolores Fischer Morgan.

Jim was an avid reader, history buff, a
capable mechanic and handyman.  Jim
always had great stories to tell..  He
was a well-loved man and will be greatly missed.

He was preceded in death by his
parents.

Funeral services were held Wednesday at 1
p.m. at the Vigen Memorial Home in Kahoka, MO with Pastor Dan Hite
officiating.  Burial was in the Kahoka
Cemetery, Kahoka, MO.

Visitation was held from 11a.m. until
service time on Wednesday.

Musical selections were “On Eagle’s
Wings,” “Hurt” and “Amazing Grace.”

Memorials may be made to the
family.

On-line condolences may be sent to the family
at www.vigenmemorialhome.com.