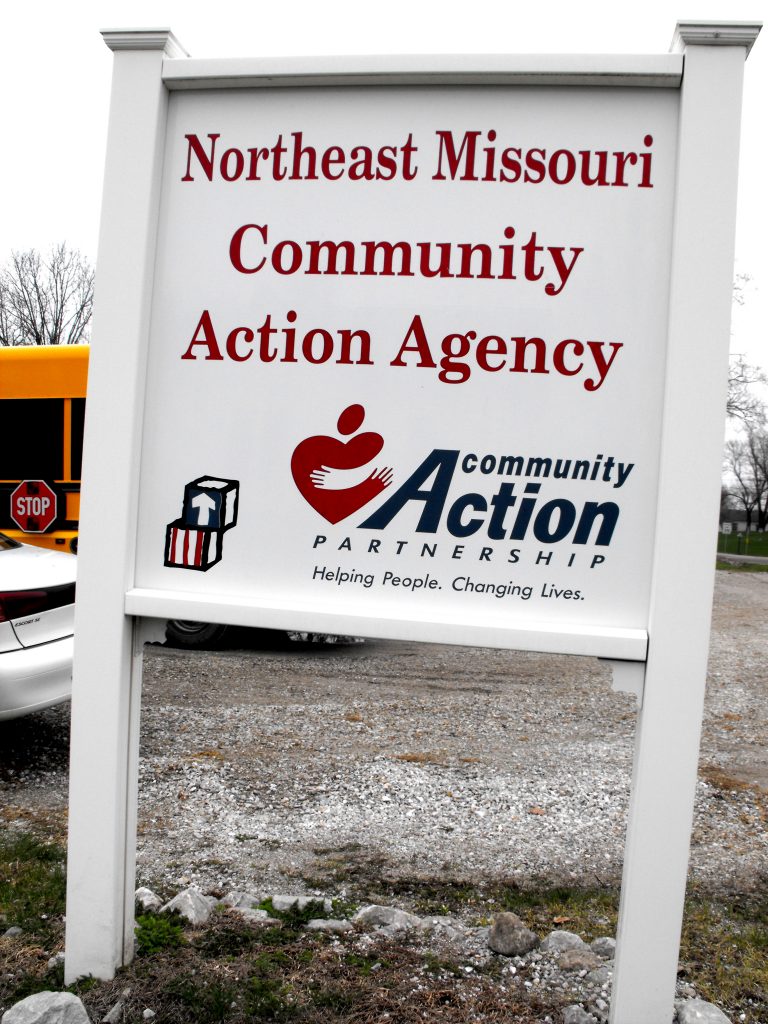 According the Northeast Missouri Community Action Agency’s Executive Director, Penny Miles, all five NMCAA county satellite offices will be closed by April 18, 2011 because of federal budget cuts. The county NMCAA offices are located in Adair, Clark, Knox, Schuyler and Scotland Counties where the Community Action Agency programs have been vital to Northeast Missourians living below the poverty line.
The director sent partners of NMCAA letters Friday, April 8, 2011 informing them of the office closures saying NMCAA would work to maintain services through their central office administrative building in Kirksville by either phone or mail until the current budget issues are resolved which, according to Miles, won’t come until the next federal fiscal year at the earliest.
“I’m hoping when they get to the budget for the next fiscal year we’ll be able to reopen some offices, but I don’t know.” Said Miles. “We are not able to make any kind of good decisions because we don’t know what their plan is. You just can’t make plans not knowing weather or not the money will be there.”
Miles estimates approximately 3,000 people receive assistance per year from all five of the county offices. NMCAA helped with things like home westernization, supplying the elderly with air conditioners in the summer and helping families with utility bills to name a few. Across the five counties Miles estimates NMCAA employs about 100 people, several of whom are already looking for new jobs.
Right now the one NMCAA program operating in all five counties is the Head Start Program, which provides early childhood development programming along with free pre-school and day care to families who qualify.
“Head Start will stay open for now unless something comes out of this compromise they are working on.” Said Miles. “This is taking its toll on those of us in rural America because we don’t have as many resources as they do in a city. They (Washington politicians) say their not doing this on the backs of the poor, yet they are.”