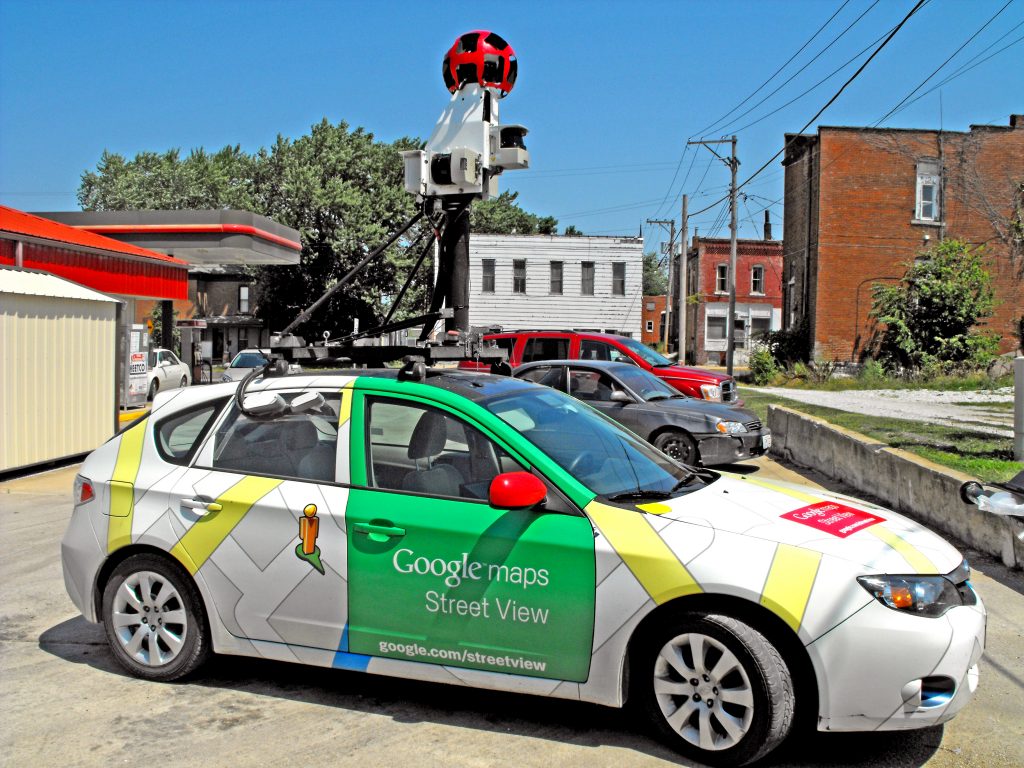 On Wednesday, June 27, 2012 one of Google’s Street View Cars was spotted roving around Edina.
The vehicle is a multi colored hatchback with a large pole mounted to the center of the roof and a red sphere mounted on top of the pole. The pole and sphere on top of the car resemble a giant lollipop. The vehicle looked more like a contraption than a car and surely turned a few heads.
According to Google Inc. Global Relations and Public Affairs representative, Deanna Yick, Street View cars have special cameras that take photographs as they drive down public streets. Once the photographs have been taken, they go through computer processing to make them ready for use by online Google Maps users.
Once the photographs have been added to Google Maps, users can visually explore and navigate a neighborhood through street-level photographs, moving up and down streets, or looking around in 360 degree panoramas all online.
The driver of the Street View car spotted in Edina wasn’t able to officially comment for this story, but after visiting with him he shared that images were being collected all over Knox County including images of Baring, Colony, Edina, Knox City, Newark, Novelty and Plevna.
“I got all of the blacktop roads and about 90 percent of the gravel and alleys in Edina,” said the driver.
Once the images collected here are processed they will be available online to anyone with an Internet connection in about 90 days.
This isn’t the first time Google’s Street View technology has been in Edina, but according to the driver, it’s the most imaging Google’s collected in our area since Street View became available in 2007.
There are many practical uses for the Street View mapping project Google likes to point out like having the ability to find a coffee shop or landmark with the greatest of ease, but neglects to mention the popularity the software has among law enforcement officials, debt collectors and lien holders.
The 360-degree digital images just collected all over Knox County will be available to anyone anytime with good, bad or indifferent intentions.
According to Yick people can have images of themselves, their vehicles and their homes digitally “obscured” or blurred by going online, finding the images on Street View and clicking “Report a Problem” at the bottom left hand side of the image and submit a request to have the image blurred.
“Updating our imagery is something we do from time to time as part of our effort to provide users with the richest, most up-to-date maps possible,” said Yick. “While I can’t share specific schedules, I can share that we’re planning to collect imagery in the following counties: Clay, Greene, Jackson, Jasper, Lawrence, Lewis, Marion, Newton, Platte, Saint Louis and St. Charles.”
According to an article published by the New York Times last month Google’s Street View mapping project is under investigation by the federal government because between 2007 and 2010 the Street View cars collected more than digital images, they collected a heap of unencrypted data, like private e-mails, as Street View cars passed through neighborhoods. The Google Street View mapping project is under investigation for the same type of data collection in Britain and Germany.
We asked a Google representative, who would only give her first name, Veronica, if the Google Street View car was collecting data in Knox County. She stated, “No not at all. We take privacy very seriously.” 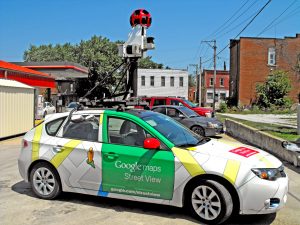 GOOGLE--Wednesday, June 27, 2012 Google’s Street View Car was spotted roving around Edina. This picture was taken while it was stopped at the Casey’s General Store on Highway 6/East Lafayette Street just before noon.