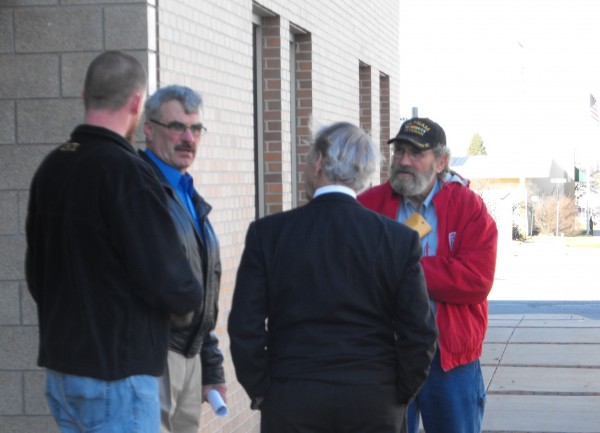 On Thursday morning, December 13, 2012 Glenn Head, 58, of rural Novelty made his first appearance in court before Knox County Associate Judge William E. Alberty in an Adair County courtroom. Head is charged with one count of murder in the second degree and one count of armed criminal action.

During the proceedings Head’s attorney, Charlie James, of St. Peters, Missouri motioned for a reduction of the $250,000 cash only bond required to get head out of jail.

Judge Alberty, the Knox County Assistant Prosecutor, Jo Fortney, and James settled on allowing Head to post a “property bond” which is real-estate valued at $250,000. 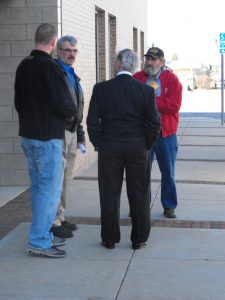 The property bond was posted in Knox County and Head was released from the Adair County Jail just before 2:00 p.m. Thursday afternoon. Upon being released Head was met by his attorney, son and a close friend of the family outside the jail.

The stipulations of his release include having no contact with the family of Bill Bacon, who was shot and killed allegedly by Head on Tuesday, December 11, 2012, not being in possession of a firearm and not returning to the scene of the shooting along with the standard conditions of a bond release.

An official plea to the charges against Head will not be submitted to the court until the case is bound over to Knox County Circuit Court, which could take several weeks, maybe even a few months, to reappear on the Knox County Court docket.

(Full coverage of this story along with more details concerning the case will be released in the upcoming December 19, 2012 issue of The Edina Sentinel.)