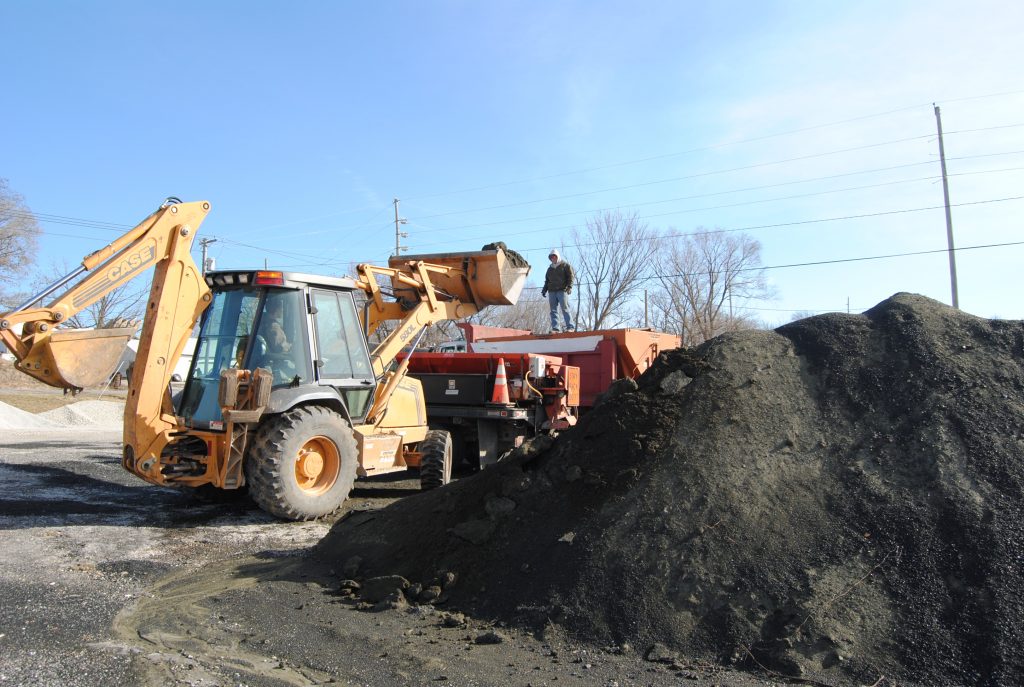 With the memory of the February 1, 2011, massive snowstorm on everyone’s minds officials throughout Northeast Missouri are preparing for tomorrow’s snowstorm in a major way. All of them asking members of the public to take care of any important errands ahead of time and to stay off city, county and state roads as much as possible during the storm.

“This is a predictable storm. We know it’s coming. Prepare for that. We already know that there are schools talking about canceling Thursday because they are preparing for this. Obviously our advice is if you don’t need to be out then don’t go out. Go to the grocery store tonight and get what you need so you don’t have to go out in the storm,” said Missouri Department of Transportation representative Marisa Ellison.

According to Ellison, MoDOT started preparing for the coming snowstorm Wednesday morning.

“We’re bracing for the snow and we are preparing for several inches of snow in this area, anywhere from five to ten inches. More than likely we will be activating our Emergency Operations Center tomorrow morning. The EOC will be in Hannibal and we’ll have customer service reps all over the state who are live people answering the phone for anyone to call for road conditions and weather information. They can also go to our website modot.org where we have a traveler information page and our facebook page. We will be keeping that information updated throughout the storm,” said Ellison. “We have all hands on deck for this.”

“We’re pretty well ready for it and we’re going to push snow like we always do. We’ll have all hands on deck. If anybody needs prescriptions filled or things of that nature please get it done before the snow hits. Last time we ran into that a lot. It would be a good idea to take care of anything essential before the snow hits,” said Knox County Presiding Commissioner, Evan Glasgow

In Edina crews are also preparing now and advising people to stay off the road once the storm hits.

“My advice is to go to the grocery store today and go home and stay there until Monday,” said Edina’s City Superintendent, Mike Wriedt. “I understand everybody’s got to go out and do their thing but the less traffic and the less cars on the streets the better it will be for us push snow out of the way. The less we have to go around the faster we can get the streets cleared.”

During the 2011 snowstorm drifting snow was a major problem for people working to clear the roads with some areas accumulating five and six foot drifts. There were many cases in which snow clearing equipment got stuck in the snow, which caused some delay.

And the Missouri State Highway Patrol and local law enforcement agencies spent a lot of time rescuing drivers stranded along the highways in their cars. In many cases Troopers had to be assisted by MoDOT’s snow plows to get to people before they could be rescued. By the time the snow stopped falling, during the 2011 snowstorm, state highways throughout the region were littered with abandoned vehicles.

“And it doesn’t hurt to throw a bottle of water and a blanket in your vehicle if you have to go out in the storm,” said Ellison. “People need to be prepared for the unfortunate incident of going off the road.”