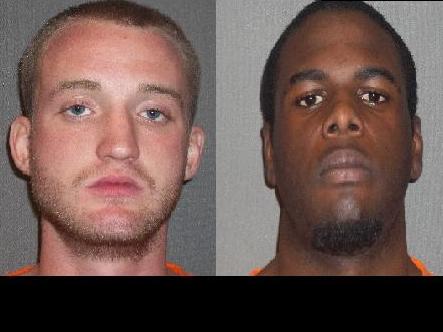 According to court documents, the men accused of murdering Edina native, Carmilita Kaser, 92, in her Moberly home on Easter Sunday, March 31, 2013, have plead “not guilty.”

Jeffrey Jay Nichols, 22, of Moberly and Christopher Demond Lewis, 18, of Macon stand accused of the murder. Each of the men are facing a capitol murder charge along with a slew of felony charges stemming from an Easter Sunday “crime spree.”

On Monday, May 20, 2013, both men appeared separately in Randolph County Circuit Court, along with their attorneys, before Judge Scott A. Hayes and entered “not guilty” pleas to 19 charges against each of them.

Both men are facing the following charges:

The Edina Sentinel has made several requests for a statement from the Missouri Department of Corrections, which oversees the Missouri Division of Probation and Parole regarding the fact that Nichols was on parole and released from the Boone County Jail the same day as the murder of Mrs. Kaser and the slew of criminal activities for which he is accused of committing occurred. We also asked if the DOC was conducting an investigation into the matter along with several other inquiries.

So far they have not responded.

See also: The System Let Us Down – Kaser Murder Update