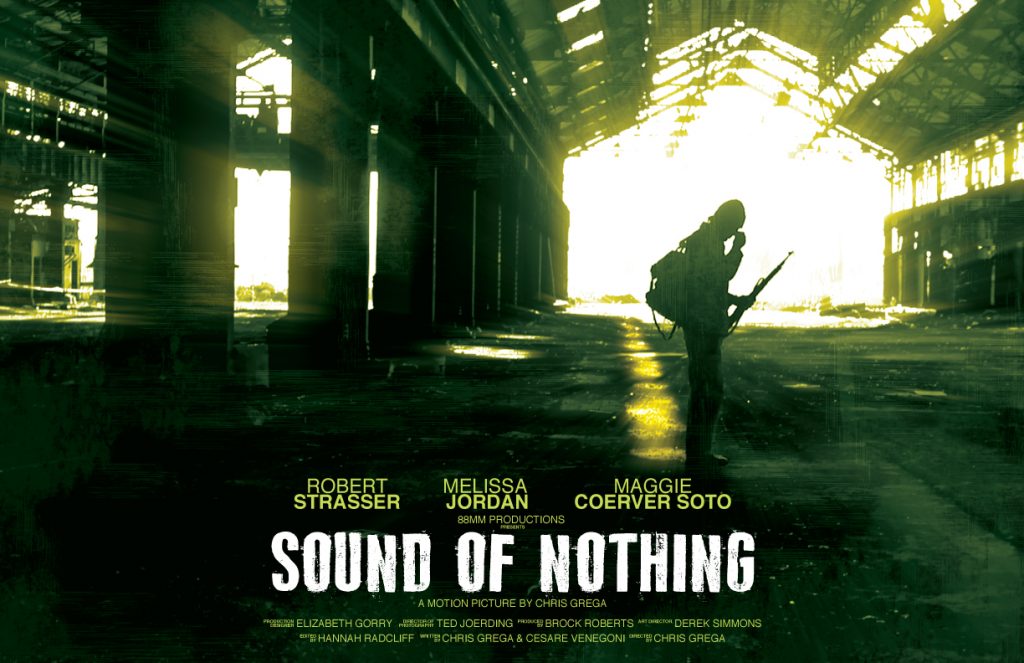 These photos were taken when 88mm Productions’ cast and crew were in Edina, Missouri, shooting parts of the independent film, Sound of Nothing, on Saturday, March 10, 2012. (Click Here to Read Story)

The movie was released for the first time during the St. Louis Filmmakers Showcase on Thursday, July 18, 2013, at the historic Tivoli Theater.

Edina’s appearance in the movie created quite a bit of buzz locally as the town was mentioned by various St. Louis based media outlets.

An interview with the film’s director, Chris Grega, can be found in the July 24, 2013, issue of The Edina Sentinel.