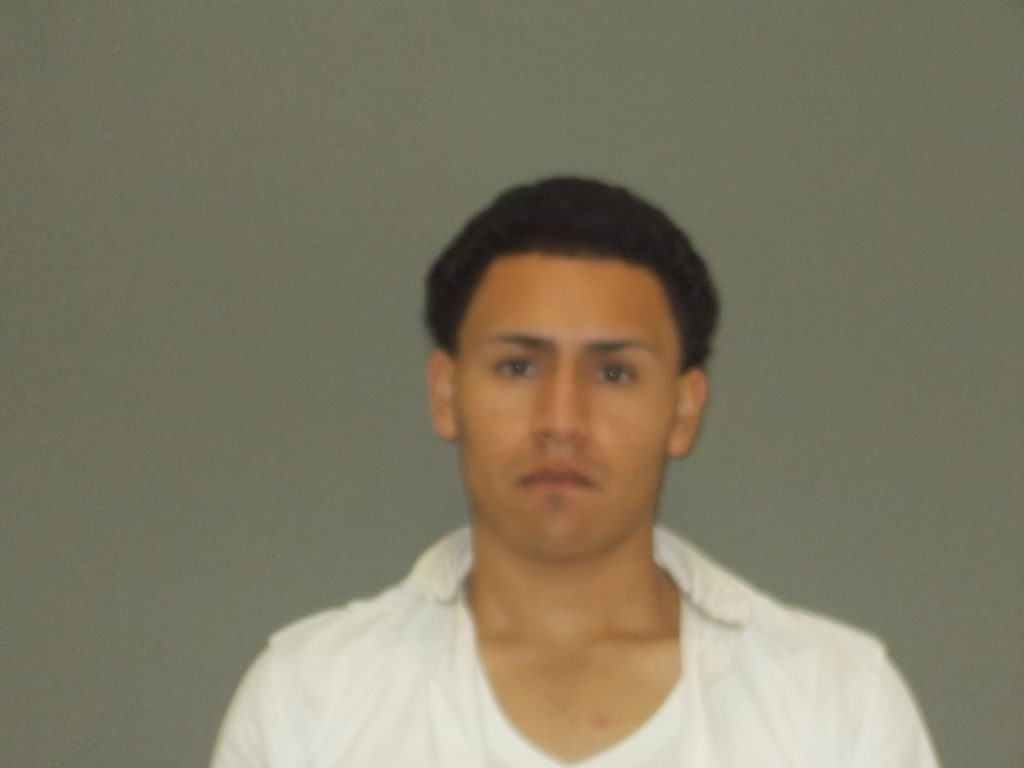 On Wednesday afternoon, September 18, 2013, a rural Edina man interrupted a suspect burglarizing his home in the middle of the day.

According to the homeowner, he arrived at his home, which is located just east of the Knox County R-1 School District on Highway 6, just before 1:00 p.m. to a find silver vehicle in his driveway, which the homeowner did not recognize.

The homeowner did not go inside the residence at that time. Instead he took down the vehicles license plate number, remained inside his vehicle and called local authorities.

When the intruder came out of the residence he got into his vehicle and left the property heading west on Highway 6 toward Edina.

According to Sheriff Gudehus, he and a member of the Missouri State Highway Patrol was able to apprehend the suspect, Lee Alanis, 22, of Mt. Pleasant, Iowa, near the Edina Lake, about one mile north of Edina on Highway 15.

The Edina Police Department also assisted with the arrest.

According to the Knox County Prosecutor David Brown, numerous stolen guns were found in the suspect’s vehicle after he was taken into custody.

A representative of the MSHP confirmed six handguns and seven long guns (rifles and/or shotguns) were found inside the suspect’s vehicle. Of the 13 guns found in the vehicle, 12 are confirmed as having been stolen.

According to a release issued by the KCSO further investigation revealed the suspect was allegedly involved in other burglaries in Lewis and Marion Counties earlier the same day.

As far as it is known Alanis has no ties to Knox County. The rural Edina homeowner, who interrupted Alanis burglarizing his home, stated he had never seen the suspect before.

More information about this story will be released in the next issue of The Edina Sentinel.