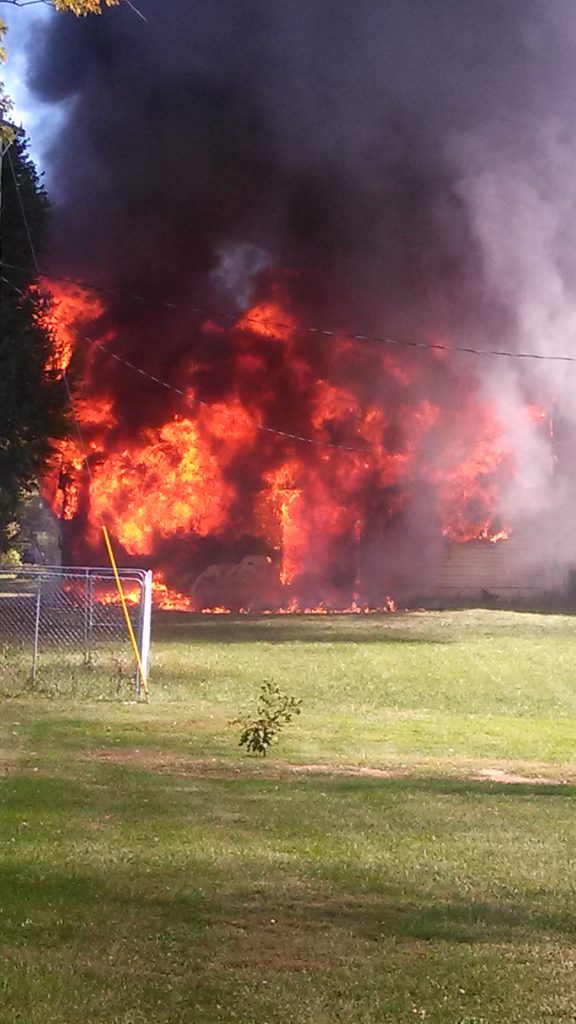 Update – Tuesday, October 15, 2013 – A cause of the fire at the Chad Arment residence, more commonly known as the Dabney house, in Edina, remains undermined. The cause of the fire is under investigation by the Missouri Department of Public Safety State Fire Marshal. More information will be released as it becomes available.

Photo Gallery below of photos taken by bystanders and Sentinel reporter. Scroll further down for video.

On Sunday, October 13, 2013, at approximately 12:30 p.m. firefighters were called to a the residence of Chad Arment, 103 North Baker Street in Edina, for the report of a structure fire. The home is commonly known as “the Dabney house” by Edina natives.

Several short videos of the blaze was captured by a neighboring family and submitted to The Edina Sentinel. They have been streamed together and posted below.

Fire crews arrived to find the home fully engulfed by flames. No one was home at the time of the fire. The structure is a total loss.

The State Fire Marshall’s Office is investigating the cause of the fire.

More photos will be posted to nemonews.net. And more information about the fire will be released by The Edina Sentinel as it becomes available.