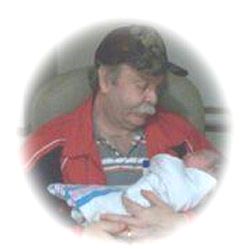 Ronnie was born on April 5, 1950, in Plevna, Missouri, the son of Floyd Levi and Wilma Pauline Dodd Baker.

He attended the Plevna Schools and graduated from the Knox County High School in the Class of 1968.

He attended Barber School in Kansas City, Missouri and returned to Edina to open Baker’s Barbershop. Ronnie bought and sold furs from the barber shop and ran the deer check-in station for several years. He owned and operated Baker Clothing Store in Edina, Missouri, the Novelty Café in Novelty, Missouri and was still operating Tri-States Hides from Plevna, Missouri.

Ronnie enjoyed fishing, following the St. Louis Cardinals, collected fruit jars, knives and Shawnee Coins. He was most proud of his grandchildren and family.

He is survived by his wife, Pam Baker of Plevna, Missouri; two daughters, Lucy Baker of Blue Lake, California and Robyn Baker of Edina, Missouri; three step children; a brother, Bill and his wife Carol Baker of Shelbyville, Missouri; a sister, JoAnn and her husband Jack Turner of Kansas City, Kansas; three grandchildren, Jonah, Autumn and Kaleigh; along with numerous nieces, nephews, cousins and a host of friends.

Ronnie was preceded in death by his parents Floyd and Pauline Baker.

An expression of sympathy in memory of Ronnie Baker may be left to his grandchildren. A memorial may be left at or mailed to the Doss Funeral Home 208 N. 4th Street, Edina, Missouri 63537.