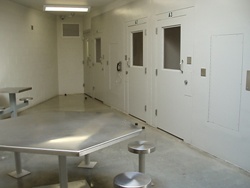 According to Edina Police Chief Roger Waibel, on Tuesday morning, November 5, 2013, a 15-year-old juvenile from Edina was reported missing.

Members of the Adair County Sheriff’s Office and the Missouri State Highway Patrol found the juvenile in Adair County the same afternoon.

The Knox County Sheriff’s Office and the Kirksville Police Department assisted with the investigation into the whereabouts of the missing teen. The teen has been taken to the Bruce Normile Detention Center.

Further information is not being released at this time.