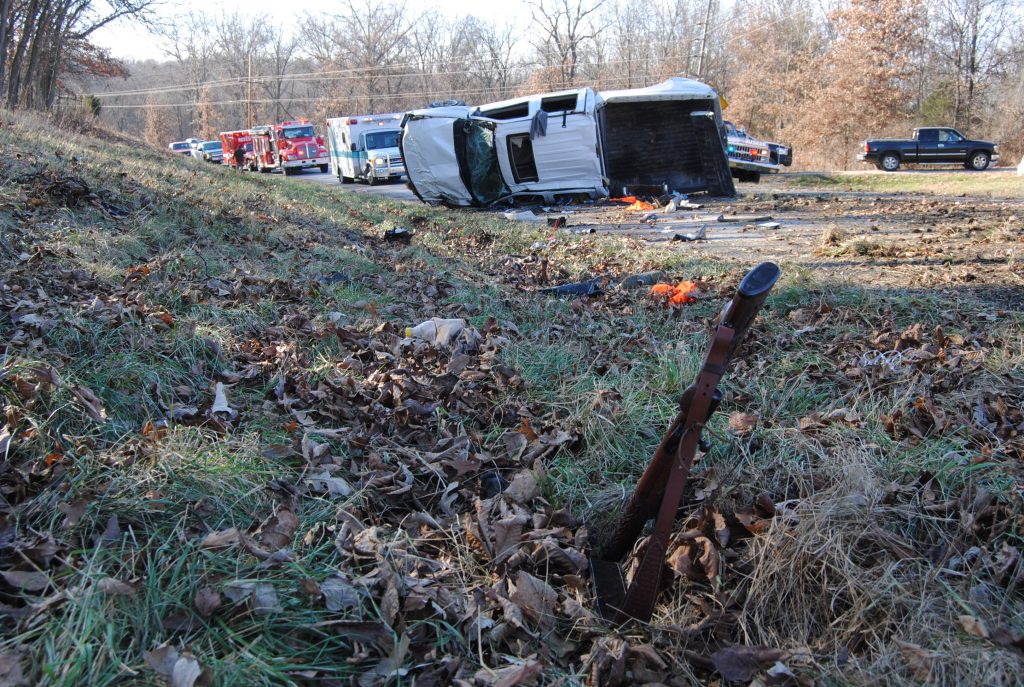 According to a MSHP Trooper at the scene, the vehicle was westbound at the time of the crash. McAfee was driving a Ford F250 pickup truck when he likely overestimated a curve after coming over a crest, lost control and overturned the vehicle just east of the first single lane bridge east of State Route EE.