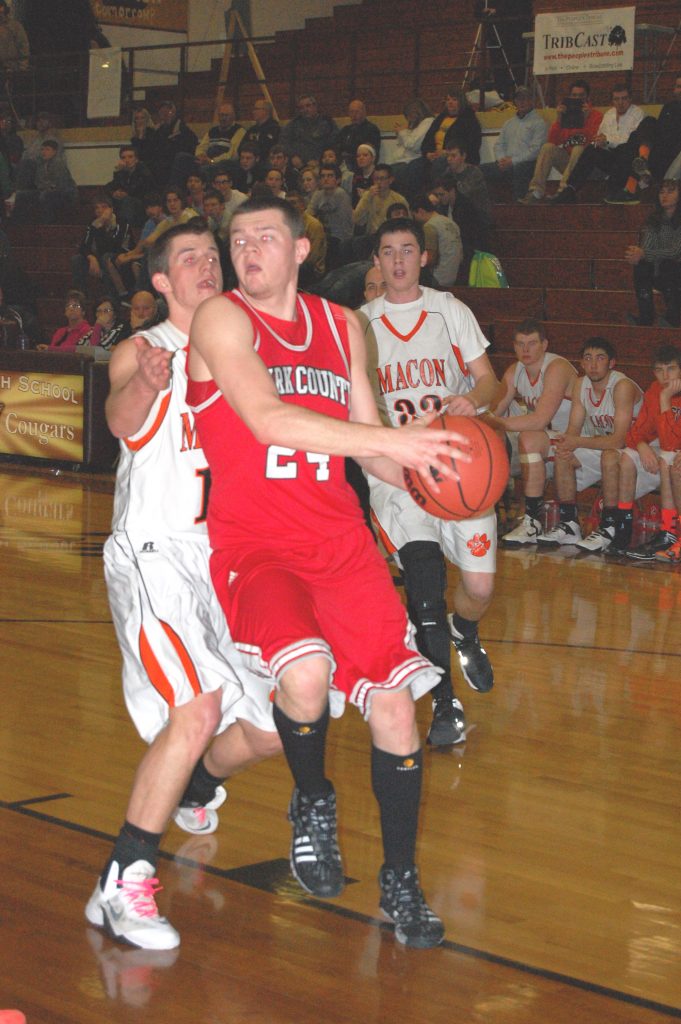 Macon had a considerable size advantage over the Indians, and used it from the opening jump.  Macon scored quickly, and it took nearly three minutes for the Indians to get their first bucket.  But the Indians’s speed and aggressive play allowed them to take command of the first quarter, leading 11-6 after the first eight minutes.

Clark County built a 17-10 lead early in the second quarter, with five Indians tallying scores, but Macon fought their way back into contention, trailing 21-20 at the half.

Macon outscored Clark County 15-12 in the third period to take a 35-33 lead, mostly with the help of three-point shooting.

The final quarter saw both teams play very well, but the Tigers managed to hit more shots when it counted.  Macon built a 53-47 lead with less than two minutes remaining.  Bevans hit a three-pointer with 1:13 left to cut the lead to 54-50.  After the Tigers scored again, Jayvin Ray hit a pair of free throws and Dylan Harper got a breakaway bucket to cut the Macon lead to 58-55 with 42.6 seconds left.

The Indians were forced to foul to get the ball back late in the game, and Macon made their foul shots as the Indians were eliminated from district play by a a 64-55 margin.

Bevan finished the game with 22 points.  Harper finished with 13, and Ray and Rye Hunziker each scored seven points.  Jacob Trump finished with two points, and Shaw Hunziker had one point.

Congratulations to Chase Bevans, and good luck to all our Indian seniors 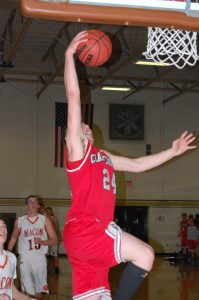 Chase Bevans makes an aggressive move to the hoop against Macon, 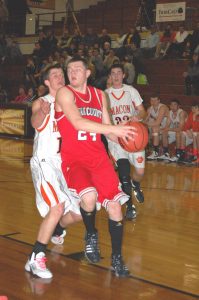 Chase Bevans drives and passes off the ball.