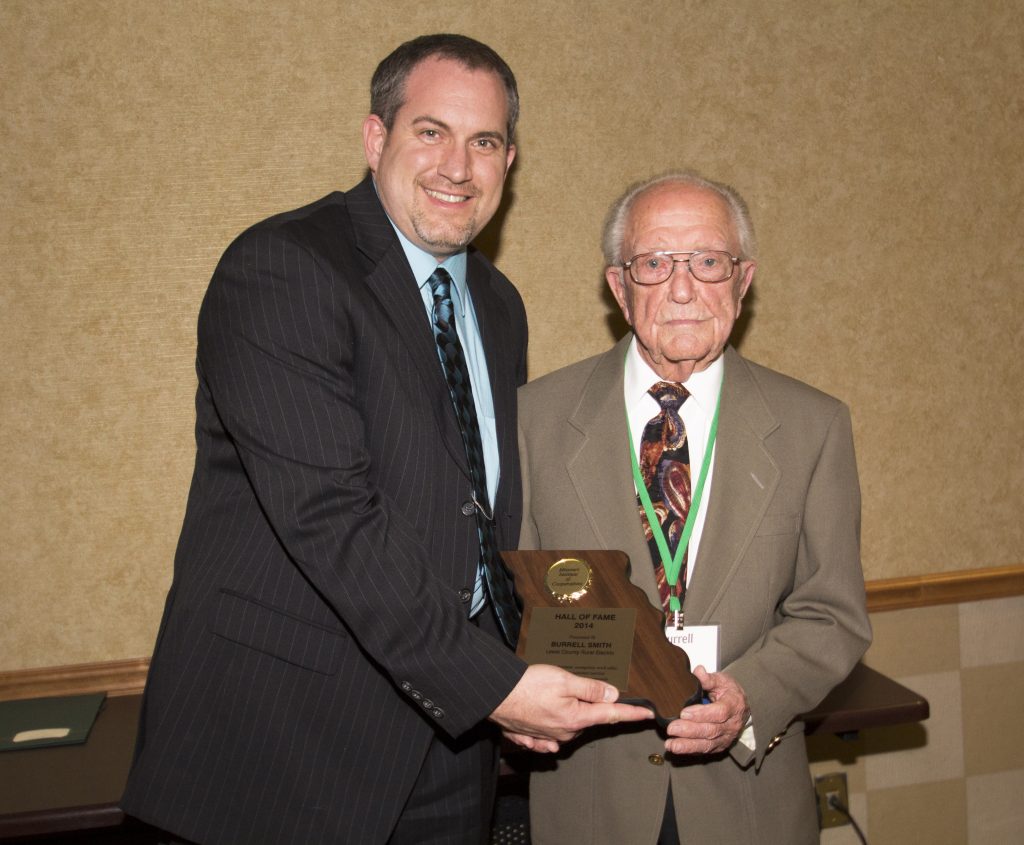 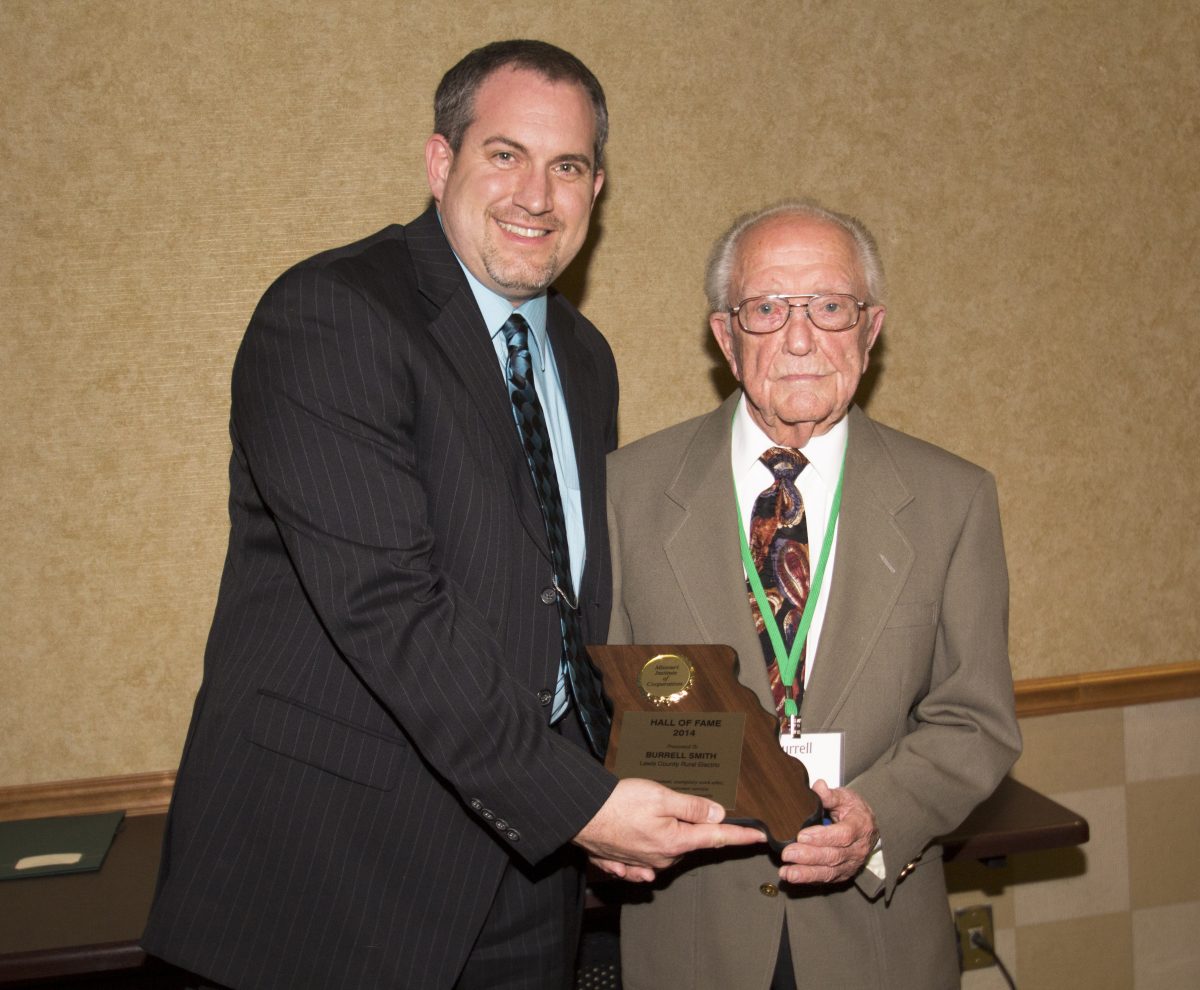 Lewis Co. REC Mangner of Member Services Travis Mathes had the honor of presenting Burrell Smith his award, inductingSmith into the Missouri Institute of Cooperatives Hall of Fame.

On March 11, 2014 Burrell Smith a retired lineman for Lewis County REC, from Monticello, Missouri was inducted into the Missouri Institute of Cooperatives Hall of Fame.  Travis Mathes, Manager of Member Services/Government Relations from Lewis County REC had the honor of making the presentation at the MIC Annual Meeting in Columbia, MO.  “It was one of the greatest honors of my career to be able to present Burrell with his Hall of Fame Award.  Burrell is truly an inspiration and has been a light throughout our cooperative since its inception,” stated Mathes.

Burrell Smith began his cooperative involvement in 1936, upon graduation from high school.  He has been an ardent supporter of the cooperative movement for more than 77 years.  Burrell worked tirelessly to ensure his neighbors could enjoy the benefits of electricity.  He is a living history of how rural electrification changed northeast Missouri and improved lives.

Burrell remembers Lewis County REC in the 1930’s in the years before rural citizens had electricity.  In 1936 a group set up a temporary organization to explore establishing an electric cooperative.  It was one of the first in Missouri.  Burrell’s first job involved preliminary work conducting surveys of prospective REC customers and getting people to subscribe – three subscriptions per mile were necessary.  It was a real challenge for many to come up with the $5 membership fee.

After serving in WWII, Burrell started his career anew with Lewis County REC in 1945.  At first he was building meter loops to measure the electricity used by each customer.  After a few years, Burrell became a lineman.  Linemen were on call 24/7 during the week and every other weekend.  His personal phone number was printed in the papers.  When people had an outage, they called and Burrell went.

Burrell was a dedicated worker, spending hours with primitive equipment to build and maintain lines for Lewis County REC.  He cleared right of ways with an ax and dug holes by hand, often blasting through solid rock with dynamite and then hoisting the poles into place by sheer strength.  He maintained and built lines the hard way.

His career was spent fighting the elements, including waste deep snow, bitter cold, ice storms, floods, and the darkness of many late-night outage calls.  To ensure he never missed a call after hours, Burrell installed a bell outside his home so he could hear the phone ring while in the yard or doing chores.

He remembers the feeling of joy when a farm would get electricity for the first time, often one light, hanging down in the middle of a room – or a security light on the barn.

In addition to his work at Lewis County REC, Burrell served his community in countless roles, including several terms as mayor of Monticello, as a school board member, and a deacon in his church.  Burrell still attends church every Sunday at the young age of 95.