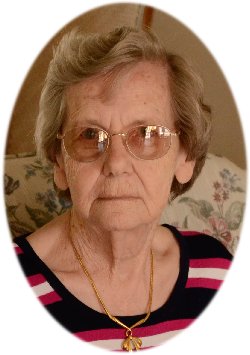 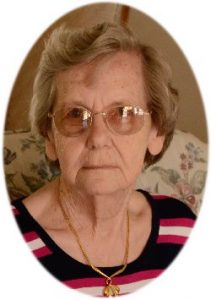 Dorothy attended school in La Plata, Missouri and later Rose Hill, Iowa. Her family moved to Rockville, Illinois during WWII and she worked a few years as a telephone operator.

On September 9, 1946, in Edina, Missouri, Dorothy married John Joseph Hunolt and to this union nine children were born. They raised their children in Oskaloosa, Iowa and spent the next fifty years there.

On January 24, 2003, in Sun City West, Arizona, Dorothy married Donald Joseph  Hunolt and they made their home in Arizona.

Dorothy was a member of the St. Joseph Catholic Church in Edina, Missouri and attended the Our Lady of Lordes Catholic Church in Sun City West, Arizona. She enjoyed quilting, crocheting, and was very involved in geneology and visiting with family about their history.

Dorothy was preceded in death by her parents Roy and Helen Sanders; husband, John Hunolt on December 8, 1995; and a grandson, Joshua Hunt.

A Celebration of Life was 12:00 noon, Sunday, May 25, 2014, at the Knights of Columbus Hall in Oskaloosa, Iowa. The family invites family and friends to join them in food and fellowship.

Burial was in the Forest Cemetery in Oskaloosa, Iowa.

An expression of sympathy in memory of Dorothy Hunolt may be left to the Serve Outdoors (A charity that allows those with handicaps and veterans the chance to experience the outdoors and hunt). A memorial may be left at or mailed to the Doss Funeral Home 208 N. 4th Street, Edina, Missouri.