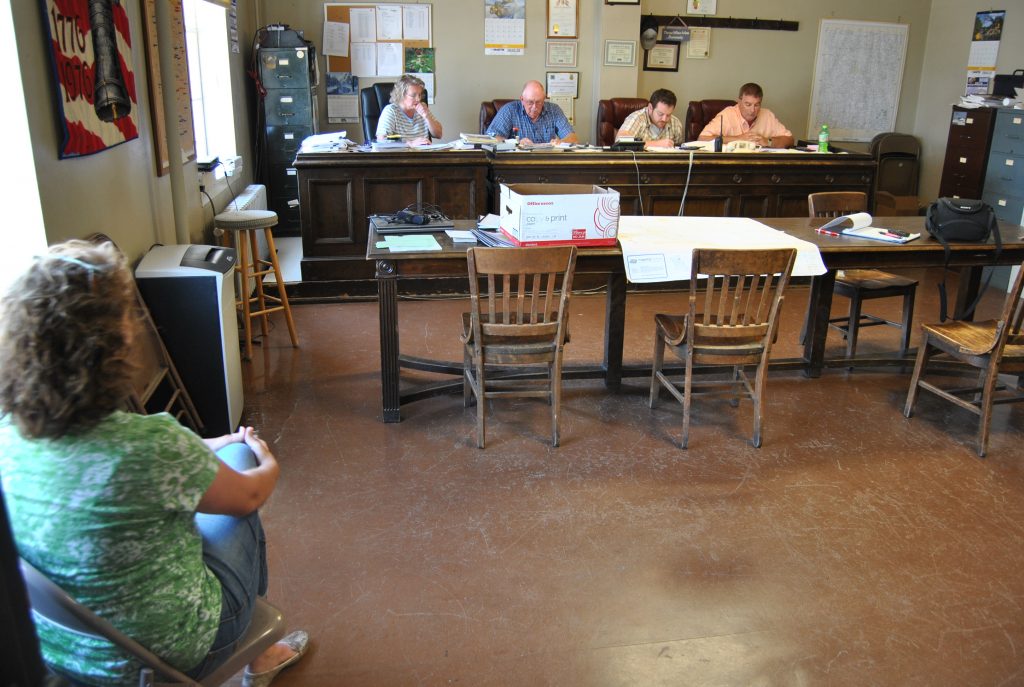 The Commissioners voted to amend section 1.6 of the ordinance after a error was discovered in the wording on June 27, 2014, by two local men.

Between the time the error was discovered and the vote to fix the mistake five people contacted the Commissioners and announced their intentions to build six new livestock operations. Three of them are laying hen operations, two are hog operations and one is a beef operation.

One person is on the record with intentions to expand an existing laying hen operation.

Right up to the last minute it looked like only prospective laying hen operations were taking advantage of the error and making plans to break ground in the county, but a last minute notification came in to the Commissioners just before they could vote.

The caller announced intentions for two 1000 head of hog operations and one 400 head of steer (feeder cattle) operation, according to Western District Commissioner Roger Parton.

A short video of the vote has been posted below. More information will be available in the July 16, 2014, edition of The Edina Sentinel.