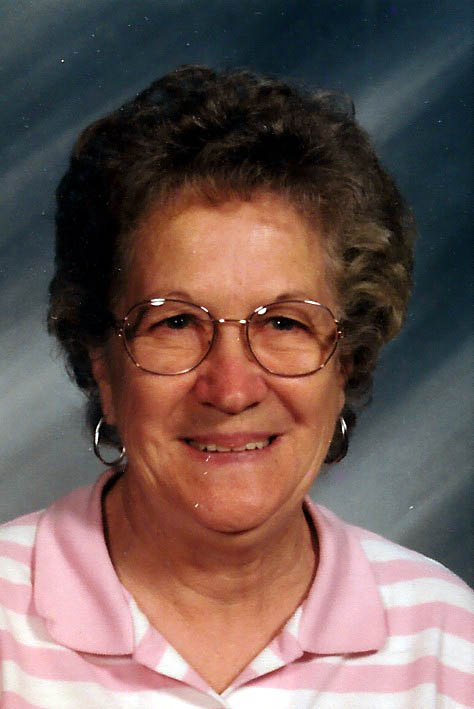 Fay was born on July 9, 1934, in Ewing, MO, the daughter of Raymond & Phyllis Bowls Brown.  She graduated from Ewing High School in 1952 and married Noel Sweet on April 28, 1953, at Ewing Baptist Church.  Fay lived with her husband in Kansas for 5 years, then moved to LaBelle to help him run Sweet Construction & Crane Service for the next 50 years.

Fay was an active participant in the LaBelle community for many years.  She was a member and deacon at the LaBelle Christian Church and served on a variety of committees.  While her children were in school she supported the LaBelle and Highland schools through the P.T.A. and Band Boosters, where she raised money for band uniforms 3 times.  She was a Girl Scout leader, Cub Scout den mother, and 4-H leader.  Fay volunteered at the Lewis County C1 Elementary School, the local food bank, and for Harvest Fest.  She was also a dedicated member of the Lewis County Fair Board where she served as the Fine Arts Building Superintendent for a number of years.  Fay worked at the Coder Funeral Chapel in LaBelle since 1997.

What Fay enjoyed most in the world was having a good time with her family and friends.  She was always the life of the party – organizing games and activities for every family gathering.  She loved dancing, camping with her kids & siblings, and was a tough competitor in the family croquet games.  She traveled with her family to 48 states, as well as Canada & Mexico.  During her tenure on the Fair Board, Fay looked forward to attending the yearly fair conventions with her dear friends Janna & Donna.  In recent years she relished attending monthly luncheons with her siblings.

There was a visitation from 1 to 3 p.m., Thursday, August 28, 2014, at Coder Funeral Chapel, LaBelle, MO,  And then there was a private family graveside service following the visitation.  A reception was held at the LaBelle Christian Church from 4:30 to 6:30 p.m.

Memorials in Fay’s honor may be made to the LaBelle Senior Center or to LaBelle’s Johnson Park Improvement Fund.  Memorials may be left at or mailed to Coder Funeral Chapel, P.O. Box 151, LaBelle, MO 63447.

Online condolences may be left at www.hudsonrimerfh.com.