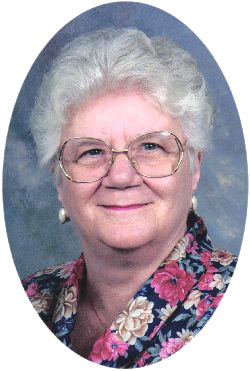 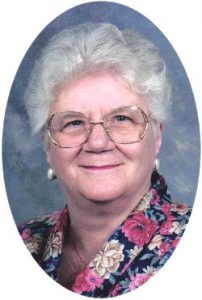 She was born on March 4, 1933, in Quincy, Illinois, the daughter of Harold and Gertrude Lohman Schnelle.

Deloris attended Quincy High School, in Quincy, Illinois and worked a number of years at McGraws.

On January 7, 1981, at the First Baptist Church in Hurdland, Missouri, she married Billie F. Barnes.

Deloris said she was given a good life, she enjoyed quilting, embroidering and sewing.   She was a homemaker and loved her family, especially her grandchildren.

She is survived by two daughters, Amber and her husband Cliff Corbett of Kirksville, Missouri and Carol and her husband Mike Shirley of Auxvasse, Missouri; seven grandchildren, numerous great grandchildren; along with nieces, nephews, cousins and a host of friends. Deloris was preceded in death by her parents, husband Billie Barnes on September 7, 2011; a daughter, Nancy Casper; and a sister, Corrine Haley.

Graveside Services were January 28, 2015, at the I.O.O.F. Cemetery near Hurdland, Missouri with Brother Robert Shobe officiating.

An expression of sympathy in memory of Deloris Barnes may be left to the I.O.O.F. Cemetery Association or the Hurdland First Baptist Church. A memorial may be left at or mailed to the Doss Funeral Home 208 N. 4th Street Edina, Missouri 63537.