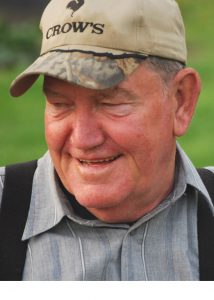 He was born May 5, 1942, in Kirksville, Missouri, the son of Richard Francis and Irene Bowen Rowlison.  He was united in marriage to Helen Fox on January 5, 1963, in Edina, Missouri.

Funeral Services were held Monday, May 4, 2015, in the Hudson-Rimer Funeral Home in Edina, Missouri.  Reverend Robert Shobe officiated the services.  Burial will be in the I.O.O.F. Cemetery in Hurdland, Missouri.

Musical selections will be “Old Rugged Cross” and “Wind Beneath My Wings”.

Memorials may be made to Knox County Health Department.  Memorials may be left at or mailed to Hudson-Rimer Funeral Home, P.O. Box 1, Edina, MO 63537.  www.hudsonrimerfh.com